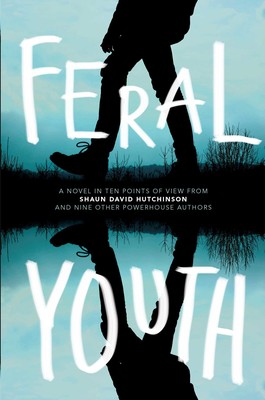 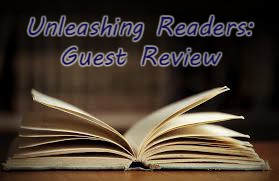 Summary: At Zeppelin Bend, an outdoor education program designed to teach troubled youth the value of hard work, cooperation, and compassion, ten teens are left alone in the wild. The teens are a diverse group who come from all walks of life, and they were all sent to Zeppelin Bend as a last chance to get them to turn their lives around. They’ve just spent nearly two weeks learning to survive in the wilderness, and now their instructors have dropped them off eighteen miles from camp with no food, no water, and only their packs, and they’ll have to struggle to overcome their vast differences if they hope to survive.

Inspired by The Canterbury Tales, Feral Youth features characters, each complex and damaged in their own ways, who are enticed to tell a story (or two) with the promise of a cash prize. The stories range from noir-inspired revenge tales to mythological stories of fierce heroines and angry gods. And while few of the stories are claimed to be based in truth, they ultimately reveal more about the teller than the truth ever could.

Review: This is a complex anthology of traditionally ignored teenaged voices that demand to be heard; I couldn’t put it down! Feral Youth is compelling from the front flap to the final page. The distinct voices of all 10 characters shone through in every part, from their individual stories to the transitional narration, creating an established sense of the full cast that is difficult to attain when juggling so many stories.

In this day and age, it feels more important than ever read book that remind us that all people, even those “troubled kids” traditionally written off by society, have a unique story to tell. Though I initially felt a bit overwhelmed by the number of characters (especially those with similar sounding names!) having such a diverse cast of characters share their stories was really rewarding. Those stories, both those intended to be “factual” and those grounded in fantasy, refuse to go quietly from my mind. In a story centered around teens whose voices have been all but silenced by society, I think that’s a victory.

Teacher’s Tool For Navigation: As the book was inspired by Chaucer’s Canterbury Tales, teachers could have students read the two (or passages from both) and compare and contrast. In particular, looking for thematic parallels could lend itself to discussions about the nature of storytelling and whose voices get told. In that regard, the book could also fit into a unit about “objective truth” in storytelling, perhaps in discussing other narratives or nonfiction.

Even in including the text as a free-reading option, I think it is essential to build empathy through reading diverse stories. Including this text could be not only a way to build empathy, but could provide a starting point for further future reading of a diversity voices as well.

Discussion Questions: What parallels do you find to the Canterbury Tales? Which stories surprised you? Were there any characters you related to that you wouldn’t have anticipated connecting with?

Flagged: “’They think we’re probably nothing but a bunch of animals, but we showed them who we really are. We showed them that they can’t ignore us’” (287).

Read This If You Loved: The Canterbury Tales by Chaucer, Les Miserables by Victor Hugo, other YA anthologies