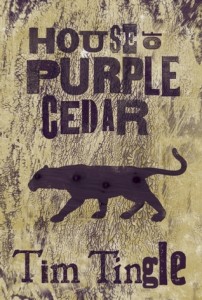 GoodReads Summary: “The hour has come to speak of troubled times. It is time we spoke of Skullyville.”

Thus begins Rose Goode’s story of her growing up in Indian Territory in pre-statehood Oklahoma. Skullyville, a once-thriving Choctaw community, was destroyed by land-grabbers, culminating in the arson on New Year’s Eve, 1896, of New Hope Academy for Girls. Twenty Choctaw girls died, but Rose escaped. She is blessed by the presence of her grandmother Pokoni and her grandfather Amafo, both respected elders who understand the old ways. Soon after the fire, the white sheriff beats Amafo in front of the town’s people, humiliating him. Instead of asking the Choctaw community to avenge the beating, her grandfather decides to follow the path of forgiveness. And so unwinds this tale of mystery, Indian-style magical realism, and deep wisdom. It’s a world where backwoods spiritualism and Bible-thumping Christianity mix with bad guys; a one-legged woman shop-keeper, her oaf of a husband, herbal potions, and shape-shifting panthers rendering justice. Tim Tingle—a scholar of his nation’s language, culture, and spirituality—tells Rose’s story of good and evil with understanding and even laugh-out-loud Choctaw humor.

My Review: It took Tingle fifteen years (and many experiences with a Choctaw storyteller) to write this story, and the thoughtfulness of the story makes this feel very true. While this book is marketed for adults, it most certainly has a young adult crossover audience. I was swept away by the lyrical beauty of the words. The book is quite magical. As I think back on the book, vivid scenes replay in my head. I had difficulty putting the book down because the characters were so real. I was wrapped in all of the subplots and did not want to leave the characters. It reminded me much of a John Steinbeck book—East of Eden, in particular. The evilness of Hardwicke in this book reminded me much of Cathy in East of Eden. When I came to the end of The House of Purple Cedar, I felt as if I’d read an epic—or something enormously important. The themes are left to the reader, they are varied, and they pour from the text. This complex story will remain with me for a long time.

Teachers’ Tools for Navigation: Most obviously, teachers could teach this book along with cultural stories from the Choctaw. They might look at reincarnation and its evolution in history and culture, too. Alternatively, teachers could ask students to examine age. What role does age play in this story, and how does it impact character? Teachers might have students read more about the Indian Boarding Schools and their impact on the Native American community.

Discussion Questions: What does Amafo teach us? Would you do the same in his position? How do his lessons impact the rest of the story?; How does Tingle vividly depict characters in ways that make this story come alive? What makes these characters feel so real?; What is Maggie’s purpose in the story? What does she teach us?; What role does family play in this text?

We Flagged: I am choosing a quote that shows just how beautiful Tingle’s language is: “His hand gripped her shoulder and strong fingers seized her upper arm. He flung her on her back and a hot river of strength surged through her. He was massive and his figure blocked the sky.”

Read This If You Loved: Books by Sherman Alexie, House Made of Dawn by M. Scott Momaday, Books by Louise Erdrich, East of Eden by John Steinbeck,

2 thoughts on “The House of Purple Cedar by Tim Tingle”