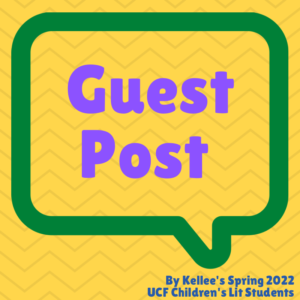 One of the assignments during my Spring Children’s Literature course at UCF was creating a mini-teaching guide for the books we read for book clubs. We started with picture books for practice then students created them in their book clubs each week.

Today, I am happy to share the classroom uses and discussion questions found by my UCF Elementary Education students about these graphic novels. 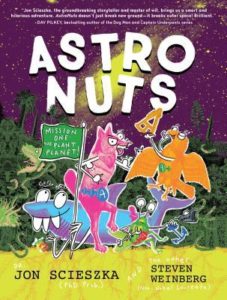 Summary: AstroWolf, LaserShark, SmartHawk, and StinkBug are animal astronauts that were sent on a mission to find a sustainable planet for humans to live on once we’ve ruined Earth. So off they rocket to the Plant Planet in the nose rocket! They must perform experiments to gather all the information needed to know if the planet would be able to sustain humans, Or do Plant Planet’s inhabitants have a different plan in store. This book uses real life science with a fun twist.

Teachers’ Tools for Navigation: This book would be great for teaching all about planet Earth, how to recycle, and how to protect the planet. Also, this book does a great job on putting a fun, zany twist on its characters that make this educational, engaging, and entertaining. These are all great things that students can look forward to when reading this book and are introduced to it, in the classroom.

In terms of interdisciplinary elements, we have discussed that the best subject that the book AstroNuts can be connected to is science. This book can be seen from many different angles when connected to science, but can be more specifically geared towards the knowledge of climate change, protecting one’s planet, and cell information (ex: plant cells). 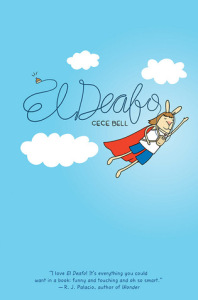 Summary: Starting at a new school is scary, even more so with a giant hearing aid strapped to your chest! At her old school, everyone in Cece’s class was deaf. Here she is different. She is sure the kids are staring at the Phonic Ear, the powerful aid that will help her hear her teacher. Too bad it also seems certain to repel potential friends.

Then Cece makes a startling discovery. With the Phonic Ear she can hear her teacher not just in the classroom, but anywhere her teacher is in school — in the hallway… in the teacher’s lounge… in the bathroom! This is power. Maybe even superpower! Cece is on her way to becoming El Deafo, Listener for All. But the funny thing about being a superhero is that it’s just another way of feeling different… and lonely. Can Cece channel her powers into finding the thing she wants most, a true friend?

Teachers’ Tools for Navigation: El Deafo teaches students about inclusivity which is something kids sometimes struggle with, and its books like this, that may just do the trick! This novel could also be a great choice as a book club book because it is a real-life story and could very well be a kids favorite. You can challenge your students, and have them create a piece of writing or art work that is inspired by this story, to show understanding. It’s great to have different books about kids with certain challenges, so other students can read and understand them better and see that they are not so different from other students, which is why it is encouraged that you to add this to your classroom library if it isn’t there already! 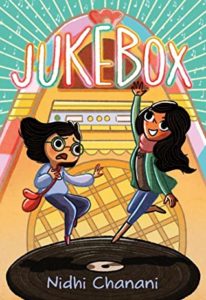 Summary: When her dad goes missing, Shahi and her cousin Naz discover a magical time traveling Jukebox and are transported throughout history. Traveling through time, Shahi and Naz race to find Gio and uncover the truth behind the Jukebox.

Teachers’ Tools for Navigation: This book is educational because it goes over important social issues and it has an engaging story line that will catch the reader’s attention.

Literature logs would allow students to make connections and critically think while they read the novel. The students can then revisit their notes before coming together for class discussions. Free writes allow students to get their real impressions of the book out. They are asked to write freely about the novel for a given amount of time. The absence of a prompt gives the students the chance to explore the aspects of the novel that stood out to them the most.

This book’s interdisciplinary concepts contain history, music and sexuality. Each record that plays brings you back to an event in history without giving too much information, this may lead readers to want to learn more about what was happening at different points of musical history and history in general. Along with this, there was mention of sexuality and the acceptance of it in their family. This can show the reader that it is okay to have a sexuality that isn’t heterosexuality. 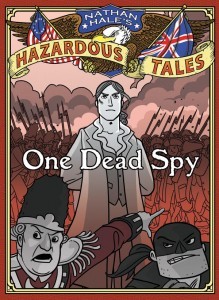 Teachers’ Tools for Navigation: The book can be used with history and also when learning the time period the book is a good reference as far as word choice and vocabulary. It gives a good reference as far as seeing into the reality of the time period. It has great comedic relief and can be used to be an ice breaker when dealing with difficult things such as history, especially with our ELLs because it incorporates pictures and texts will allow them to make connections when reading and following along with pictures as well. 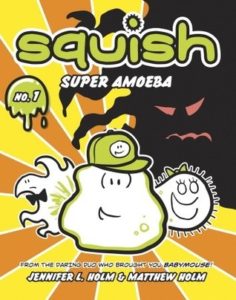 Summary: A student named Squish (who loves Science) encounters school life with his friends Peggy and Pod. In the midst of his everyday shenanigans, Squish discovers the meaning of right and wrong when faced with unexpected occurrences at his school. Looking up to his favorite role model, “Super Amoeba”, Squish is determined to become his own superhero, save his friend Peggy from the school bully, and fight against the difficulties that come his way!

Teachers’ Tools for Navigation: When it comes to interdisciplinary elements in this book, we have found that the closest subject that could be connected to Squish is science. Some ways in which you could connect the book to science is by conducting a couple of experiments where students can find amoebas, or other microorganisms,  under a microscope. Amoebas can be found in water puddles and lakes, and most of these places are nearby a school, which can be a great field day for students as well.