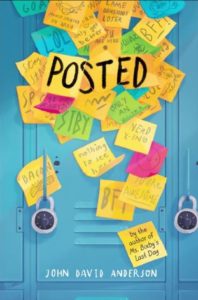 Summary: From John David Anderson, author of the acclaimed Ms. Bixby’s Last Day, comes a humorous, poignant, and original contemporary story about bullying, broken friendships, and the failures of communication between kids. In middle school, words aren’t just words. They can be weapons. They can be gifts. The right words can win you friends or make you enemies. They can come back to haunt you. Sometimes they can change things forever.

When cell phones are banned at Branton Middle School, Frost and his friends Deedee, Wolf, and Bench come up with a new way to communicate: leaving sticky notes for each other all around the school. It catches on, and soon all the kids in school are leaving notes—though for every kind and friendly one, there is a cutting and cruel one as well.

In the middle of this, a new girl named Rose arrives at school and sits at Frost’s lunch table. Rose is not like anyone else at Branton Middle School, and it’s clear that the close circle of friends Frost has made for himself won’t easily hold another. As the sticky-note war escalates, and the pressure to choose sides mounts, Frost soon realizes that after this year, nothing will ever be the same.

“Anderson dives into the world of middle school with a clear sense of how it works and what it needs. Kids, and the rest of the world, need more books like this one.” — Kirkus Reviews (starred review)

“Anderson captures the tumultuous joys and pains of middle school with honesty, creating characters with whom readers will find common ground and insight. Words have lingering and persistent power, Anderson makes clear, but so does standing up for others and making one’s voice heard.” — Publishers Weekly (starred review)

“Acute observations about social media and school life and a smart, engaging narrator make this a journey well worth taking. Readers might even want some Post-it notes to mark the good parts.” — The Horn Book 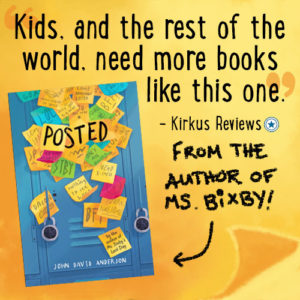 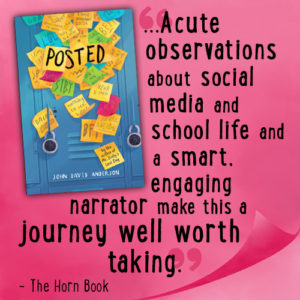 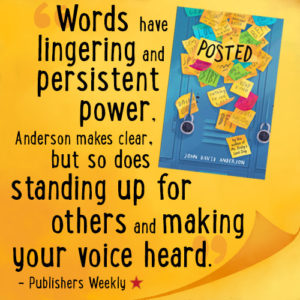 About the Author: John David Anderson is the author of Ms. Bixby’s Last Day, Sidekicked, Minion, and The Dungeoneers. A dedicated root beer connoisseur and chocolate fiend, he lives with his wife, two kids, and perpetually whiny cat in Indianapolis, Indiana. You can visit him online at www.johndavidanderson.org

Review: First, I must start with stating my awe with Mr. Anderson. I have read four of his five books and each is stellar. But what really makes him stand out as an exemplar author to me is that he has tackled three different genres in his five books and each one was just as good as the others. Ms. Bixby and Posted are realistic fiction, Sidekicked and Minion are superhero sci-fi, and Dungeoneers is high fantasy. How impressive! Now onto my review of Posted:

There are books that I read that just feel true to me, and Posted fits that. As a middle school teacher, I could picture all of the characters as true middle school students and know that so many readers will connect with someone in the book. Although some of the adults in the book fit a typecast of teachers (they are probably pretty realistic representations of how middle schoolers see some teachers though), they were needed to propel the story. And Mr. Sword is anything but a stereotype and one of those teachers that I just love in books because he cares! I also felt that the bullying represented is, sadly, probably a pretty true representation. Middle school really is all about finding your tribe. So many kids are trying to find their identity and are influenced by so much which sometimes leads to mean kids; however, there are really awesome middle schoolers as well which you can also see in this book. I love these middle schoolers (Frost, Rose, Wolf, Deedee, and even Bench), and I know you and any kid you share this book with will as well.

What I think makes this book stand out, though, is the theme that words can hurt. They are powerful and can change lives. They can be used for good or evil.

Teachers’ Tools for Navigation: Much of what Mr. Sword does in his class is easily transferable to a classroom. Throughout the book, he is teaching Julius Caesar so quotes/discussions throughout could definitely be used in conjunction with a Julius Caesar lesson. I, personally, love his aphorism activity. It reminded me a bit of the precept activity in Wonder (and they could easily work together if you do a precept activity). Mr. Sword has students create their ow aphorism to share with their students. I think this, like Mr. Sword says, helps students realize that “all of us have something meaningful to share.” Frost also talks about poetry throughout the book, his poetry and Robert Frost, and these sections could be used to inspire students when it comes to poetry.

Discussion Questions: Have you ever had a nickname? Did you like it or not? Out of all the nicknames, one seems to be more negative than the others–which one is it? Do you think the character likes his nickname?; Do you think Deedee started the war? Should he blame himself?; Do you agree with what Wolf’s parents decided?; How did Rose change everything? Do you think everything would have changed without her moving to the school?

Flagged Passages: “Words accumulate. And once they’re free, there’s no taking them back.

You can do an awful lot of damage with a handful of words. You can destroy friendships. You can end a marriage. You can start a war. Some words can break you to pieces.

But that’s not all. Words can be beautiful. They can make you feel things you’ve never felt before. Gather enough of them and sometimes they can stick those same pieces back together.” (p. 342) 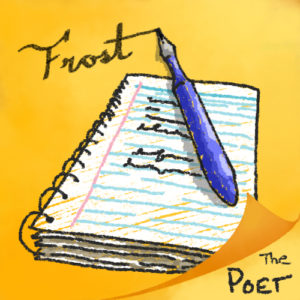 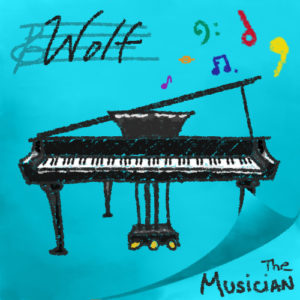 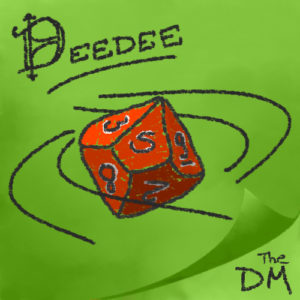 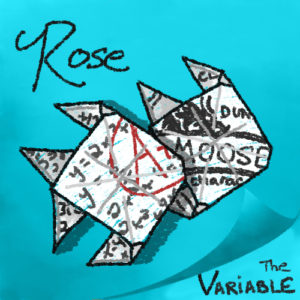 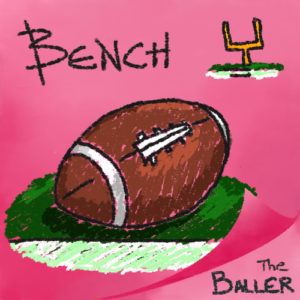 Read This If You Loved: Save Me a Seat by Sarah Weeks & Gita Varadarajan, Stargirl by Jerry Spinelli, Zack De La Cruz by Jeff Anderson, Fish in a Tree by Lynda Mullaly Hunt, Warp Speed by Lisa Yee, Schooled by Gordon Korman, Life in Outer Space by Melissa Keil, Freak the Mighty by Rodman Philbrick, Loser by Jerry Spinelli

Don’t miss out on any blog tour stops!

7 thoughts on “Blog Tour with Review and Giveaway!: Posted by John David Anderson”