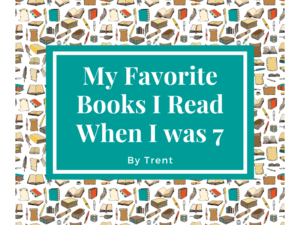 I have my own Goodreads now, so we keep track of everything I read. When I was 7, I read 253 books. Here are my favorites.

It has exciting events, and I like the characters. My favorite character is Geronimo’s friend Hercule because he is funny.

I like that it has gaming in it. It is very cool. My favorite thing that happened in Glitch was the surprise at the end.

Cat & Cat Adventures: The Quest for Snacks by Susie Yi

It is really funny. I like that the characters are cats and that they go to different worlds.

I like that it is a sequel to Dog Man but with Cat Kid. I really like the variety of the comics.

I like that it has cats. It is really scientific, so you can learn some stuff from it.

A good sequel to Dogzilla but with a cat. I like that it has collages.

One of my favorite picture books ever. I like that it has a panda and is really funny–it also has aliens, food, and penguins!

I like the pictures, and I like that it has characters from other series also. Rowley is my favorite character because he is funny.

My librarian recommended this series to me. It is a really good series because it is adventurous. My favorite part is in book number 2 when they start a secret club.

When I finished this book, I even lent it to a friend who I knew would like it. I liked the characters. My favorite character is Reggie because he is lazy, cute, and playful (sometimes). It is also really long book, so I was proud of finishing it.

It is a really fun book because there is a super hero that is a baby in a diaper who has a cape and fights crime. And it is by Dav Pilkey!

I like when the characters change into real animals but it was epic for them to get to that point. It is very adventurous! And the alien apocalypse is cool.

My mom recommended this series to me! I like this series because it is adventurous and exciting. My favorite character is HiLo because he has super powers and awesome. My favorite book so far is #6, and I’m excited to read #8.

The Many Lives of Pusheen the Cat by Claire Belton

I love Pusheen! I like knowing all the Pusheen kinds.

I like it because Petey became a good guy instead of bad. I liked seeing Petey change over time.

Books I Read With Mom and/or Dad

We listened to the audiobooks of the first 10. I liked it because it was exciting and fun and funny. My favorite character is… well, I like the 3 main characters but my favorites are Crackers and Zulu because they are good pets. I like listening to the audiobooks because I can imagine what it looks like.

I love red pandas, and I loved learning about them. And I liked the pictures because they were so cute.

I Survived series by Lauren Tarshis

We only read some, but I liked the ones we read. I liked learning about the events that happened. I am looking forward to reading more.

I liked it because it was silly and fun.

It is a good series because they are silly, and I liked watching Trixie grow up. I also liked finding pigeon in the books, and I even have my own Knuffle Bunny.

Looking for a Jumbie by Tracey Baptiste

This book was adventurous and a little bit scary.

The Snurtch by Sean Ferrell

This book shows you that everyone has a snurtch, and it is annoying but we have to learn to deal with it and be kind to others. 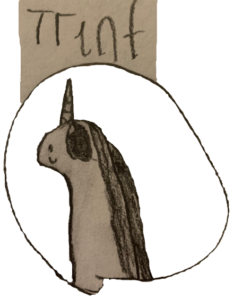 Trent’s Favorite Reads as of His 6th Birthday