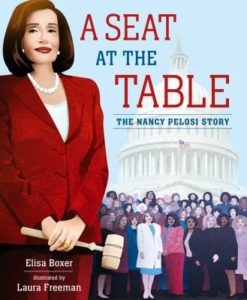 Summary: This inspiring picture-book biography about Nancy Pelosi shows her journey from the child of Baltimore’s mayor to her marble-ceiling-shattering four terms as Speaker of the House, including the historic events of January 6th, 2021.

Nancy Pelosi grew up watching her father, the mayor of Baltimore, welcome in people of all different backgrounds to sit at their table and make their voices heard. Nancy’s mother always stood beside him, working behind the scenes to help her husband and the people he served. When Nancy grew up, she continued working behind the scenes in politics until a friend asked her to run for Congress herself–jump-starting a 33 year career as a political representative and taking her higher than she could have once imagined.

Young girls, especially, will be inspired by Nancy’s journey and her commitment to using her voice to help others and to make sure women are heard in government. The backmatter also includes an exclusive interview with Nancy Pelosi herself.

“Pays due homage to its subject.“–Kirkus Reviews

“An ­accessible introduction with a focus on Pelosi’s influences and role as a woman in politics.”–School Library Journal

About the Author: Elisa Boxer is a Maine-based, Emmy-winning journalist and columnist whose writing has appeared in publications including The New York Times, Inc., and Fast Company. Having worked in newspaper, magazine, and television journalism, Elisa is thrilled to bring her reporting and storytelling skills to the world of children’s literature. She is the author of A Seat at the Table: The Nancy Pelosi Story and The Voice That Won the Vote: How One Woman’s Words Made History.

Marta Álvarez Miguéns is an author and children’s book illustrator living in A Coruña, Spain. In 2007, her artwork was selected and exhibited at the Bratislava Biennial of Illustration (BIB). She illustrated Shark Lady: The True Story of How Eugenie Clark Became the Ocean’s Most Fearless Scientist, which was named one of the Best Children’s Books of 2017 by Parents Magazine, and won the Blue Spruce Award in 2018. She also painted the funny and charming illustrations for What Is Poo?, which won the Silver Award at the Junior Design Awards 2017.

About the Illustrator: Laura Freeman received her BFA from the School of Visual Arts in New York City and began her career illustrating for various editorial clients. Laura has illustrated many fine children’s books over the years, including Fancy Party Gowns: The Story of Fashion Designer Ann Cole Lowe, written by Deborah Blumenthal, and the Coretta Scott King Honor book Hidden Figures: The True Story of Four Black Women and the Space Race, by Margot Lee Shetterly. Laura now lives in Atlanta, Georgia, with her husband and their two children.

Review and Teachers’ Tools for Navigation: Elisa Boxer has crafted a very informative homage to Nancy Pelosi showing her foundation and her ambition. It was wonderful reading about how Pelosi climbed to the top of politics and became the highest-ranked female (until Kamala Harris). I think it is important to note that although we do learn about Nancy Pelosi’s views and most important platforms, the book itself is written as a non-bias biography. This will be a wonderful addition to a picture book biography text set and/or history unit. (And don’t miss out on reading Boxer’s entire interview with Nancy Pelosi at https://elisaboxer.com/nancy-pelosi-interview-elisa-boxer.html.) 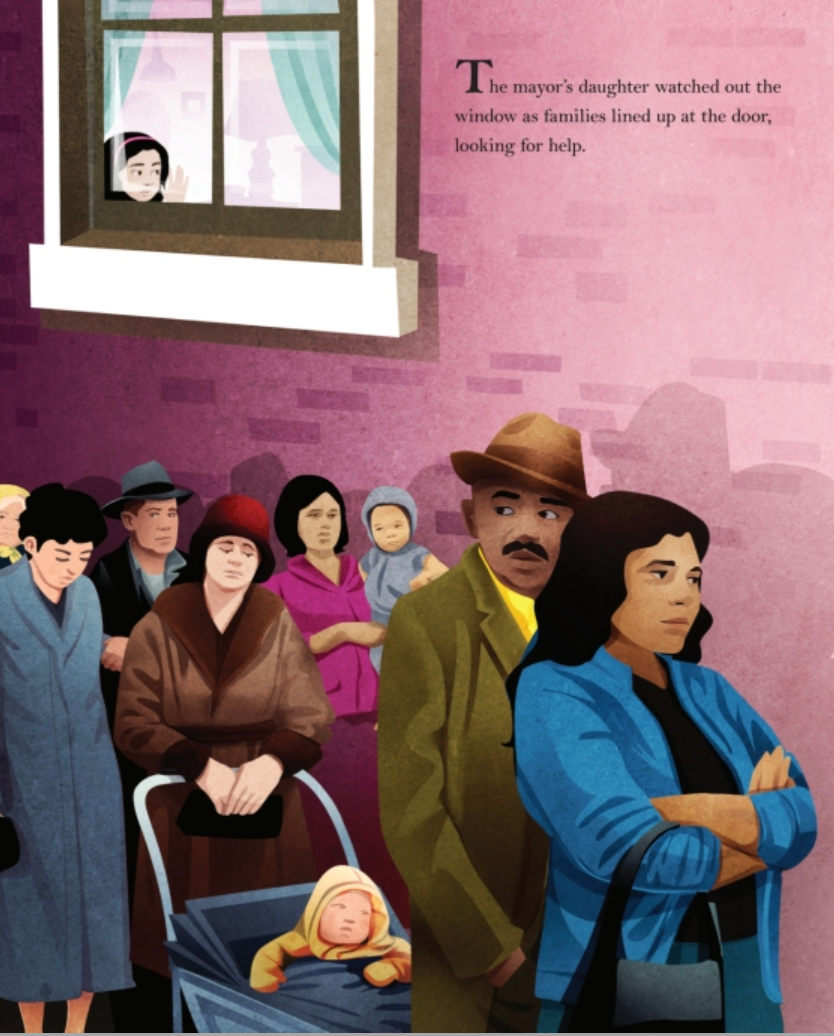 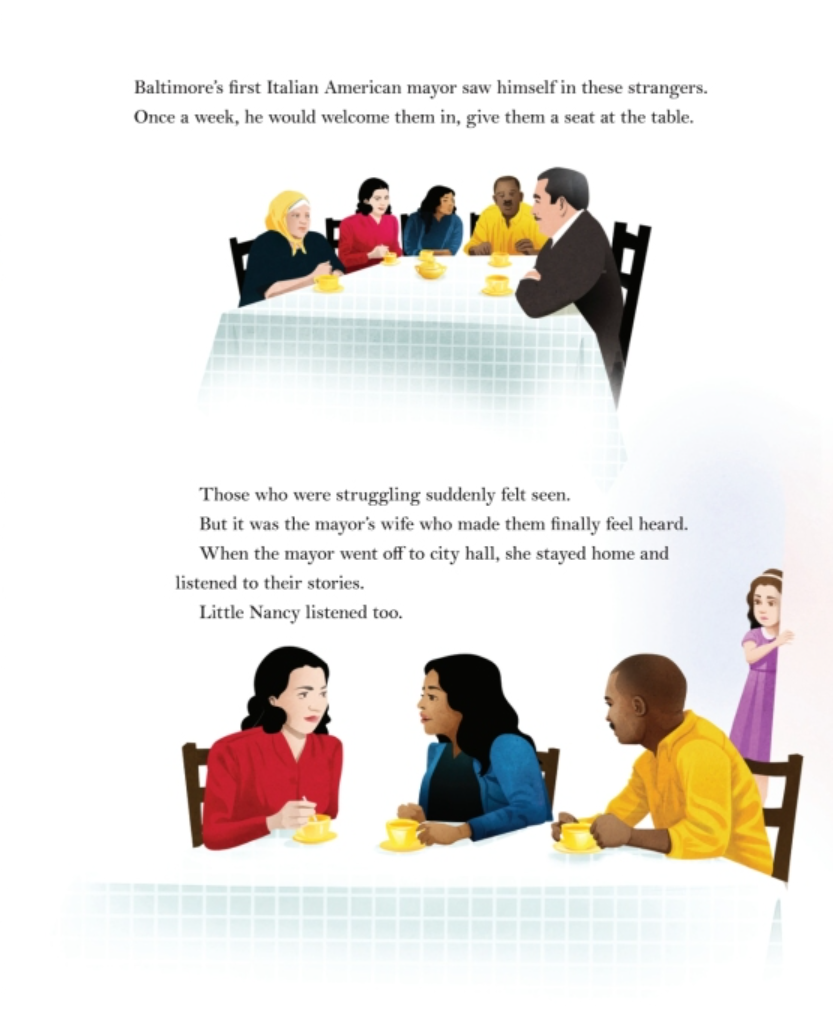 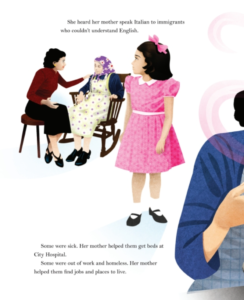 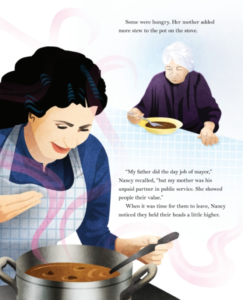 Listen to a sample of the audiobook HERE.

**Thank you to Nicole Banholzer Public Relations for providing a copy for review!**

1 thought on “A Seat at the Table: The Nancy Pelosi Story by Elisa Boxer, Illustrated by Laura Freeman”