“The Importance of Empathy: Making a Connection with a Viewpoint and Feelings That Are Not Your Own”

“Without empathy you’ll walk by that homeless person in the street.” -Barack Obama

Why is empathy so important? I think this is a vital question to ask ourselves, especially in a world where our obsession with “self” has spiraled out of control.

Empathy is seeing, listening, and feeling with another person. Research has proven without a doubt that it can be taught and that by doing so, we give ourselves a chance to raise an empathetic generation. Compassion helps make the world a better place, without it intolerance and contempt become the norm.

Empathy isn’t feeling for somebody, it’s feeling with them. When you can see something from someone else’s perspective, you can support them so much better. Empathy transports you outside of your own landscape and into another person’s world and provides an opportunity for a person to reflect on their own perceptions and behaviour, while making a connection with someone else’s viewpoint and feelings. Without this connection we can become very inward-looking and isolated, which could lead to mental health problems. Everyone you meet is fighting a battle you know nothing about.

Stories have the power to build empathy and to endow children with the ability to understand different perspectives to their own. From this, children will learn how to interact with other human beings, how to form relationships, and how to navigate complex emotions. Writers have an important role to play since books transport you into somebody else’s life. The more you empathize with the characters in a book, the more you understand other people’s feelings. A writer must make their characters as fully rounded and as real as they can, so that their emotions connect with the reader. If this is the case, then empathy naturally follows on.

My book Rosie Loves Jack is written to show what it’s like to be a teenage girl with Down syndrome navigating a sometimes harsh and uncomprehending world. My character, Rosie, encounters many different people on her journey to be reunited with her boyfriend—some kind, some cruel—but she carries on regardless, fighting for what is right.

The book was inspired by my brother, who has a profound developmental disability. I have been an eyewitness on many occasions when my brother has been either verbally abused or completely ignored, as though he doesn’t count as a normal human being. My family has even been told that he should never have been born. I always knew that one day I would give my brother a voice, because I wanted people to see that his life is not unworthy and that we need to look beyond disability to ability. His experiences fueled my desire to help dispel the myths of disability because I need to make it clear that when you have a brother like mine the positives far outstrip the negatives. My brother has taught me compassion, kindness, patience, and above all else the ability to empathize.

My work later on as a teaching assistant with teenagers with Down syndrome reinforced my desire to write an inclusive book, as every one of these young people had a voice inside them, which needed to be heard.

It was at this time that I met the girl who inspired my character Rosie in Rosie Loves Jack. She was kind, funny, and fiercely independent, determined to get a job, fall in love, and one day get married. I learned from her how much people with Down syndrome are attuned to other’s feelings. They have incredible empathy—and always see the good in the world. I realized how much we all have to learn from them, and I wanted my character Rosie to show this through her innocent but brave eyes and for the reader to wonder at the world with her and to learn through her that kindness and compassion are so important. I wanted my reader to really feel and understand what it’s like to have assumptions made about you because of the way you look by “putting on Rosie’s shoes” and walking with her on her journey.

“Each one of us has lived through some devastation, some loneliness, some weather superstorm, or spiritual superstorm, when we look at each other we must say, I understand. I understand how you feel because I have been there myself. We must support each other and empathize with each other because each of us is more alike than we are unlike.” – Maya Angelou

There is no right or wrong way to teach young people about compassion. It’s simply about listening, being emotionally connected and non-judgmental, and letting people know that they are not alone. In this workshop I want to help students to really think about what empathy means and how they can relate it to themselves and conduct themselves in the future. I want them to look beyond their own world and see it through new eyes.

Ask the students to write down exactly what the word empathy means to them and why they think it is important to promote empathy in our lives.

Sharing emotions and empathizing with them. Young people can find it hard to articulate their own emotions, so in this initial exercise I get them to warm up by thinking about and observing an event in my book and some of the characters reactions to.

This is where the students choose one of their own emotional experiences to write about. Ask them to think of a time that they have been unjustly treated, because we all have a built-in sense of fairness. To start them off it can help to recount a time when you have been treated unfairly yourself. As an example, I’d tell the class about an incident when I was fifteen and my best friend stole a large cream cake from the teacher’s dining room and ran up to the top field to eat it. I got the blame for it, as someone said they’d seen me in the vicinity at the time it disappeared. I had to stay behind after school for a week doing extra work. I’m still fuming now! This is a powerful exercise to do, as students can get very passionate about what happened to them—and the other students can readily empathize with them. First, ask them to record exactly what happened and then to expand on how it made them feel. Get some of the students to read them out to the class. This is a great exercise for eliciting emotions and sharing them. Injustice can stir many painful feelings like anger, sadness, helplessness, frustration, and vengeance, and you can see and hear the sense of injustice building as the students recount their stories.

Have the names of every student in the class folded up in a hat or box. Get each student to pick a name out of the hat. They then have to write a positive, kind, and thoughtful note of encouragement about the person they have picked, which they then hand over to that student at the end of the session. Encourage the class to read out what they have written about each person. These are often words that each child will never forget and is a great lesson in being mindful and providing an opportunity for each student to reflect on their own perceptions and behaviour. 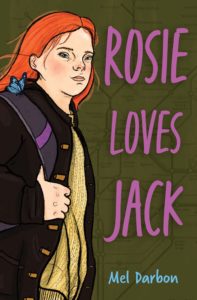 Rosie loves Jack. Jack loves Rosie. So when they are separated, Rosie will do anything to find the boy who makes the sun shine in her head. Even run away from home. Even struggle across London and brave the Tube stations to travel to Brighton alone during a snowstorm. Even though people might think a girl like Rosie could never survive on her own. Rosie must deal with new situations and experiences and some frightening unfamiliar places and people, but she’s determined to prove to everyone, especially her parents, that she’s just as capable as anyone at following her heart.

Written from Rosie’s perspective, this riveting novel gives readers an underrepresented but much-needed and thoughtful point of view. Author Mel Darbon’s voice-driven plot will immediately pull readers into Rosie’s world and have them excited, worried, proud, and cheering alongside her for every step of the journey, which is filled with lighthearted as well as darker moments. Featuring a diverse cast of characters and highlighting the range of abilities within the special needs community, this compassionate story drives home the message that we are all humans with feelings and the need to be valued and loved. Rosie Loves Jack was reviewed by a sensitivity reader from the Down syndrome community for accurate representation. 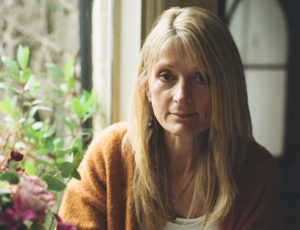 About the Author: MEL DARBON began telling stories to her autistic younger brother when they were children and has worked as a theater designer, freelance artist, teacher for adults with learning disabilities, and workshop teacher for teenage moms and young offenders. Mel is now focused on writing her second novel and developing creative writing workshops that encourage students with mixed abilities to work together for acceptance and inclusion. A graduate of Bath Spa’s MA in Writing for Young People, she lives in England. Follow her on Twitter @DarbonMel.

Thank you, Mel, for this wonderful post and empathy exercise! We agree that teaching about empathy all through school is so important!