“Shedding a Light of Understanding on Kids Who Are Different”

Growing up in an average American household, I never gave much thought to what it was like to be different or out of the norm. My education was homogenous: Catholic grade school, Catholic high school, even a year at a Catholic all-girls college. I married a nice, Catholic boy and raised three wonderful children. Life was what I understood it to be—simple. Oh, I had challenges, but nothing out of the ordinary.

Then my two beautiful, incredible grandchildren were born to my youngest child, and all that changed. The oldest started exhibiting quirky movements that turned into compulsive movements. She also started to have explosive outbursts, especially when things didn’t go her way—everyday things like what color shoes to wear.

It soon became obvious that there were issues. After visits to numerous doctors, Madison was diagnosed with Tourette syndrome, and the bottom fell out from under us. We fell into the unknown, and our ordinary life became extraordinary, but not in a good way.

I watched as Madison and her family coped with her physical and vocal tics. I watched as Madison cringed into herself at restaurants after she made a scene, feeling that “everyone was staring at her.” I learned to understand, if only in a small way, what it means to be different.

Which brings me to my novel, DIFFERENT. Izzy, the protagonist, is modeled after my granddaughter. It’s not her story, but it is her life. I’ve watched her cope over the last 15 years, often folding into herself when she felt people were judging her. She’s a beautiful person and a troubled one. She doesn’t like to talk about her TS. She doesn’t want pity. She wants to be accepted as normal.

I don’t have any answers here. I don’t live in the world of a teacher, and my parenting days are mostly given over to advice for my children—when asked. But I do know this. I do know that I’m not so quick to judge the child having a tantrum in the restaurant or the man walking down the street talking to himself. I do know that teachers have it much harder than I did when I taught second grade many years ago. And parents have many more challenges than I did when my kids were growing up.

What I hope is that my novel will help teachers and parents understand the world of the child who is considered different. That these kids have the same goals, desires, needs that a “normal” child has, only with some extra challenges thrown in. And I truly believe that, given the chance, these “different” kids can excel. They even can come to see that everyone has challenges and that they aren’t so different after all.

I’ve also come to believe that children, while sometimes unkind or thoughtless, are quick to accept the quirkiness of others, at least when they are young. Mostly, they are curious. It is only when they begin to become aware of their differences that they start to act judgmentally. I believe that’s a self-defense mechanism. It is my hope that these students can come to see some of themselves in Izzy. The struggle to be accepted. The desire to be “normal.” That Izzy’s struggles can be their catalyst for their own self-acceptance.

If you would like to share your experience with Tourette syndrome or invite me to speak with your organization or classroom, I would love to hear from you. Contact me at https://janetmclaughlin-author.com/. 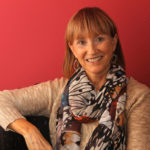 About the Author: Janet McLaughlin is the author of Different and the Soul Sight Mysteries series, including “Haunted Echo” and “Fireworks.” She has been involved in the communication field most of her adult life as a writer, editor and teacher. Her love of mysteries and the mystical are evident in her novels. She is a member of the Society of Children’s Book Writers and Illustrators and the Florida Writers Association. She lives in Florida with her husband, Tom, and along with her writing, enjoys playing tennis, walking, traveling, and meeting people. 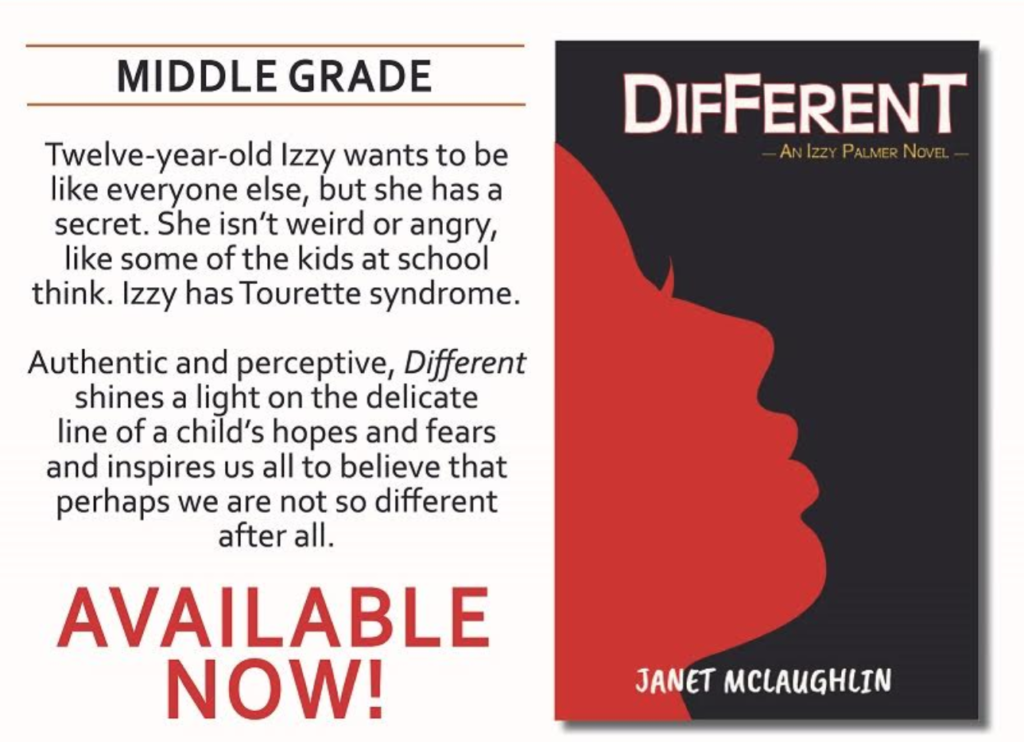 Thank you to Janet for her thought-provoking post and for sharing her book!