I ask and answer my own questions. Who better to reveal the real me?

Do you have an inspirational picture, photo or saying that you look to when you are depressed or have a terminal case of writers block?

Yes. It’s that any day when you can make someone smile is a good day. Of course, I hope that my writing will make people smile (and laugh, cry, think), but in every-day life giving (and receiving) smiles is a great reward.

What gets your creative juices flowing?

Daydreaming. My first YA novel, Practice Makes Perfect (now titled My Fake Summer Boyfriend), was a result of daydreaming about what I would have liked my summers to have been when I was a teenager. After that, it’s sitting at the computer and promising myself I’ll write at least two sentences. Once I’ve done that, I’m on my way.

What will stop your creative muse the quickest?

Interruptions and/or knowing there is something else besides writing that really needs to be done. That’s one reason I like to write in the afternoon. I try to get everything else out of the way in the morning, so I don’t have it hanging over my head when I sit down to write.

If you could be anything other than a writer, what would your second choice be?

My second choice would be to own a racing stable and have a horse that would win the Triple Crown. That was my first childhood dream, and it’s still a pretty good one–though not exactly practical. 🙂

If you could be anything other than a human, what would you be and why?

I’d have to say a cat (in a good home with an owner such as myself who believes in totally spoiling her cats). Purring seems like such a cool thing to be able to do.

Imagine your fairy godmother were to wave her magic wand and bestow a million dollars in your bank account. What would you do with the money?

I think I’d set up a fund for people here in Eugene who have endured some unexpected hardship. There are several charities to which I’d donate. And then I’d probably get the Home & Garden TV Curb Appeal crew to work on my house’s curb appeal!

If you were, for some reason, to lose the ability to write, what would you do with all the creative instincts you could no longer use?

I’d love to learn to draw (even though there’s no reason to believe I’d be very good at it!) or study landscape architecture.

Name the one thing in life you do not at this moment possess, but wish to have with all your heart.

An organized house? A tidy yard? Um, wow, I can’t really think of any things I need/want terribly much right now, but I’d love to have all my books hit the best-seller list. 🙂 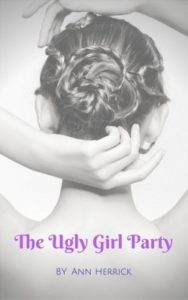 Tell us about your latest book.

The Ugly Girl Party is a tween/teen novel about a sophomore in high school, Faith, whose wish to get off to a good start at her new high school is shattered on the first day, as she quickly discovers that drop-dead gorgeous Hunter and friends decide she lives in the “wrong” house and wears the “wrong” clothes. They systematically harass her and seem determined to make her life miserable. She fantasizes about how she’ll get even some day when she is a famous singer/actress, but meanwhile just wants to make it through the day. She meets a couple of possible friends, but finds it hard to trust anyone.

When maybe-friend Julia tells her about the upcoming talent show, Faith is determined to win in order to impress her tormentors. Then nice-guy neighbor Riley invites her to the homecoming dance. She’s excited to go until she gets there and realizes that something is up–something terrible. And when she reacts, she finds herself in danger of being suspended from school. Faith questions her own goals, decisions, and values as she struggles to find her way.

It is available at Amazon and Barnes and Noble in paperback, and also as an ebook at Amazon. 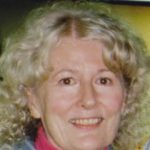 Ann Herrick is the award-winning author of several books and short stories for kids and teens. Included in the awards her books have won are the ALA Recommended Book for Reluctant Readers, IRA/CBC Children’s Choice and EPIC Best YA Novel Finalist.

Ann grew up in Connecticut, where she graduated from The Morgan School and Quinnipiac University.  She now lives in Oregon with her husband, who was her high-school sweetheart.  Their wonderful daughter is grown, married and gainfully employed, and has given Ann her only grand-dog, Puff, a bloodhound-Rottweiler-beagle mix and six grand-kitties.  While she misses the East Coast, especially houses built before 1900, she enjoys the green valleys, fresh air and low humidity in the Willamette Valley of Oregon.  Ann loves cats, walking, the Oregon Ducks and working in her back yard.  In addition to stories and books for children and young adults, Ann also writes copy for humorous and conventional greeting cards. She loves to hear from her readers and can be contacted through her web site:  http://annherrickauthor.com

Thank you Ann and Ann!