“How Do You Engage Restless Fourth Graders During the Last Weeks of School? With a Good Book, Of Course!”

This spring I was asked to fill in for a fourth grade teacher on maternity leave. I was excited to get back in the classroom, though a little nervous about taking over during those last hazy crazy days when students have already checked out and are dreaming of spending their homework-free vacation at the swimming pool or doing some other activity that doesn’t involve sitting still and listening to the teacher.

When I stepped in during April, most of the weeks were full of to-do lists with structured plans already in place. But once the end-of-year testing was completed, I was left with three weeks to fill. I was told I should continue the math lessons according to the manual, and should do some project-based learning to cover the science unit on matter.

But what was the best use of time during the language arts block? The director said I didn’t need to continue with vocabulary or spelling units. We had finished Junior Great Books, and there wasn’t a reading workshop set in place. So how was I going to keep my restless students engaged and involved for the last three weeks of school? The answer was simple: by reading an amazing book.

Luckily, I found a worn-out set of Number the Stars by Lois Lowry, one of my all-time favorites and a novel I had taught to sixth graders for many years. Since the students in my class were reading above grade level and this was a Jewish Day School, I felt the difficulty and content would be appropriate for fourth grade.

I introduced the book in the usual way: studying the cover, giving some author background, finding out what students knew about the Holocaust, doing a quick map study. The real fun began when I told the class we were going to hold Reader’s Theater each day to read and act out the chapters together. I set up some ground rules:

2) We will rotate the parts each day

3) If you participate, you must try your best to read loudly and with expression

4) You should act out any motions described by the narrator

Each day, I made a list of props that would be helpful for the next day’s reading and asked for volunteers to bring them in. Students began bringing in other props that they thought of as well. I used name cards to randomly draw parts until all students had been chosen. Sometimes I swapped out partway through a chapter, depending on the length.

I made up Rule #1 since some students did not want roles for the opposite gender, and I wanted to allow them the choice of just following along if they did not want to be onstage. (This would also be helpful if you have a classroom of varied reading skills so that everyone has the option of participating.) I began by reading the part of Narrator but about halfway through the book I chose others to read the part.

I included Rule #5 because I wanted the students to understand and respect the seriousness of the story. I had to give a few warnings and remind students of their goals, but I only had to replace a student once for talking in a silly voice during a serious scene. This was a learning experience for everyone as it led to journal responses and a discussion about what it would feel like if you were woken in the middle of the night by Nazi soldiers looking for your best friend.

We covered two chapters each day, one with Reader’s Theater and one read silently. Students kept journals where they wrote predictions along with other responses each day. Sometimes they responded to specific prompts; sometimes they wrote from the point of view of a character; sometimes they picked out the best descriptions and drew pictures to match. We started each day with a swapping of journals and a brief discussion in small groups. We finished the book in a little over two weeks, leaving the last week for final activities that included group murals, A to Z picture books, character interviews, and quiz bowls.

During the last few weeks of school, there were unexpected interruptions: extra practices for the end-of-year musical performance, an invitation to watch another class’s PBL presentations, a guest speaker. We may not have gotten to journal entries each day, but through it all, we never skipped the day’s reading. Students came in talking about the book in the morning, wanting to play with the props and act out parts.

No one can deny that it’s hard to hold a student’s attention during those hot last days of school when fourth graders are already looking at themselves as fifth graders and students are ready to escape the four walls of the classroom and run barefoot through the grass, the sun beating down on their shoulders.

But as I discovered when I taught fourth grade this year: if there was one time where I captured the attention of all of my students, it was during reading time. So if you want to beat the I’m-ready-for-summer-vacation blues, find a good book and read it from start to finish during the last weeks of school. Lois Lowry wove a spell over my students and made them forget that school was almost out. For an hour each day, we were transported to a different time and place where the challenges the characters faced became challenges of our own. This is the power of the well-chosen word; this is the magic of books. 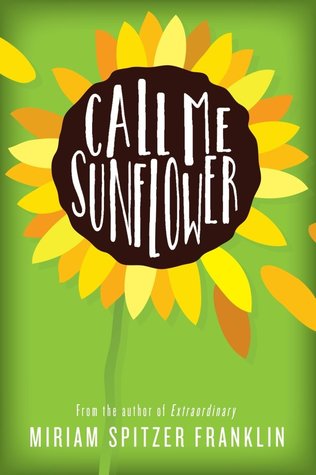 Sunny Beringer hates her first name—her real first name—Sunflower. And she hates that her mom has suddenly left behind her dad, Scott, and uprooted their family miles away from New Jersey to North Carolina just so she can pursue some fancy degree. Sunny has to live with a grandmother she barely knows, and she’s had to leave her beloved cat and all her friends behind. And no one else seems to think anything is wrong.

So she creates “Sunny Beringer’s Super-Stupendous Plan to Get My Parents Back Together”—a list of sure-fire ways to make her mom and Scott fall madly in love again, including:

Send Mom flowers from a “Secret Admirer” to make Scott jealous and make him regret letting them move so far away.
Make a playlist of Scott’s favorite love songs—the mushier the better—and make sure it’s always playing in the car.
Ask them about the good old days when they first fell in love.

But while working on a photo album guaranteed to make Mom change her mind and rush them right back home, Sunny discovers a photo—one that changes everything.

Sunny’s family, the people she thought she could trust most in the world, have been keeping an enormous secret from her. And she’ll have to reconcile her family’s past and present, or she’ll lose everything about their future.

Review from Atlanta Journal Constitution: “Much as she did in her 2015 debut “Extraordinary,” North Carolina author Franklin delivers a moving and realistic story (with subplots, such as one that involves protesting the luxury fur business). “Sunflower” shines with emotion, convincing dialogue and relatable characters.”

Miriam Spitzer Franklin has taught elementary and middle school students for over 20 years in public, private, and homeschool settings. She is passionate about reading, writing, figure skating, and animal rights and environmental causes. She has coached her daughter’s Odyssey of the Mind team for the past five years and loves to see creativity in action! Her debut novel, EXTRAORDINARY, was published by Skypony Press in May 2015 and her second middle grade novel, CALL ME SUNFLOWER, was published by Skypony in May 2017.