WHY BRING THEATER GAMES INTO THE CLASSROOM?

Everyone can play! Everyone can learn through playing. The Theater Game format is a charted course for the regular classroom teacher who wishes to bring the excitement, the pleasures, the disciplines and the magic of theater to the classroom.

Theater games, played in the classroom, should be recognized not as diversions from curriculum needs, but rather as supports, which can thread through each day, acting as energizers and/or springboards for everyone. Inherent in theater techniques is verbal, nonverbal, written and unwritten communicating. Communication abilities, developed and heightened in theater game workshops will, in time, spill over into other curriculum need (the 3 Rs) and into everyday life.

Teaching/learning should be a happy, joyful experience, as full of glee as the infant’s breakthrough out of the limitations of crawling into the first step walking!

Beyond immediate curriculum needs, playing theater games will bring moments of spontaneity. The intuitive comes bearing its gifts only in the moment of spontaneity.” Right now is the time of discovery, of creativity, of learning. While playing theater games, teachers and students can meet as fellow players in present time, involved with one another, off the subject, and ready for free connecting, communicating, responding, experiencing, experimenting and breaking through to new horizons.

I had the extreme good fortune to study with Viola Spolin author of Improvsiation for the Theater and inventor of modern day Improvisation. I can honestly say she changed my life in many ways. After a long career as an actor and performer and teacher I’ve written extensively on the philosophy of education she imparted to me. (http://spolin.com/?page_id=322) Recently I’ve branched out and written my first full-length children’s adventure novel and incorporated some the lessons I learned from Improvisational Theater Games. The main one being PRESENCE is the state one must be in to tap imagination, and creativity.

To that end, I would like to introduce you to some games I learned from Viola Spolin that foster a love of words, creative writing and story-telling. I urge you to try these games in the classroom or at home for fun.

Warm-up with HANDWRITING LARGE – have the student think of their favorite word or phrase and go to the black or white board and write the word as large as possible to fill the entire board! At desks make sure they cover on page entirely with their favorite word or phrase. Urge them to “FEEL” the word as they write! It is essential the body be involved. You may coach them to feel the word in their feet, their spine, their chest – now write your word!

SINGING SYLLABLES – Have one person go out of the room and the rest of the group or class decide on a 3 or 4 syllable word. (depending on age group). Break the word into its syllables and assign each syllable to a portion of the group. Then decide on a simple song to sing. Row, Row, Row Your Boat, Twinkle Twinkle Little Star, Happy Birthday, etc. A song where all know the melody. Have each group sing their syllable to that tune, simultaneously. Then bring in the person who does not know the word, have them wander through the singing groups and “put the word together”. It’s a lot of fun and you can use this as part of a vocabulary lesson or just for fun.

THE WRITING GAME is a more advanced game is also fun if you are teaching creative writing:

Materials: 4 pieces of paper or one divided into quadrants, pen or pencil

Sidecoach calls out a number to the players. Players must begin (without hesitation or forethought) writing on that subject. Writing is to continue non-stop. Points off for hesitating or too much thinking and not writing. After a short interval coach calls another number and players must INSTANTLY SWITCH to that number’s page, writing non-stop on the new subject. Coach will call each number randomly and at intervals under one minute. Players are to switch to each subject called and continue writing where they left off.

Game continues until each player has covered each page with writing.

Focus: To switch instantly between 4 different subjects when coached

Sidecoaching: One!      Three!      Two!, etc. (giving enough time to get a flow going but not too much and vary the times from short to medium short) Keep writing! Don’t plan! No pausing – write continuously!

My experience in improvisation has allowed me to reach into areas of my own creativity that I never imagined and the experience contributed to my life as an actor, teacher and now author.

I hope this work will do the same for you and your students. 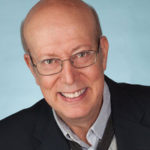 About the Author: Gary Schwartz is an award-winning, TV and film actor, director, comedian and a master improvisational acting coach whose 30 years as a performer and improv teacher has helped transform the lives of thousands of people, both on- and off-screen.

It was Gary’s 18-year association with world-renowned theater educator and author, Viola Spolin – famous for training the very first improvisational theater troupe in the US which led to the creation of today’s well-known Second City improv troupe – that has provided the foundation for his work today. In 1988 Gary co-founded the Spolin Players improv troupe (www.spolinplayers.com), and is the only master teacher to have ever earned an endorsement from both Viola Spolin and her son, the legendary original director of Second City, Paul Sills.

Originally from New York State, Gary began his professional career as a mime at age 13, performing up and down the Hudson River with Pete Seegar, Arlo Guthrie and other great folk entertainers of the 60’s. In the 70’s and 80’s he appeared in numerous film and television projects including the Oscar-winning feature film Quest for Fire and 65 episodes of the Emmy-winning TV series Zoobilee Zoo, with Ben Vereen. Since then, as a voice actor, Gary has gone on to work with Robert Redford, Barbra Streisand, Tim Burton, Kenneth Brannagh and many other well-known directors. Details of his extensive acting career are available at IMDB.com. (www.imdb.com/name/nm0777229).

Currently Gary resides in North Bend WA. He is founder of The Valley Center Stage, North Bend’s Community Theater. He teaches theater games locally and around the world. He also teaches acting for animation and writes on Spolin.

He has recently authored his first children’s novel The King of Average (978-0-9975860-7-7 Paperback ),  published by Bunny Moon Books. It has been named to The Best Books of 2016 lists by Kirkus Reviews and IndieReader.com. More information can be found at his website http://gary-schwartz.com 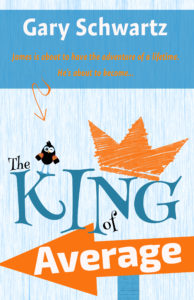 About The King of Average: James isn’t the world’s greatest kid, but he’s not the worst, either: he’s average! When he decides to become the most average kid who ever lived, James is transported to another world where he meets Mayor Culpa, a well-dressed talking Scapegoat who recruits him to become the new King of Average.

He’s joined on his quest by a professional Optimist and his grouchy companion, an equally professional Pessimist. Together, they set out on a journey of self-discovery that leads them all the way from the Sea of Doubt to Mount Impossible, the highest peak in the Unattainable Mountains. When James stumbles into a Shangri-la called Epiphany, he uncovers the secret of who he really is.

Follow James on his hilarious, adventure-packed journey to find self-worth in this heartfelt middle grade novel The King of Average by debut author Gary Schwartz.

Thank you, Gary, for this fun-filled and kinesthetic-focused post!

2 thoughts on “Author Guest Post: “Theater Games to Promote Reading and Writing” by Gary Schwartz, Author of The King of Average”