Typically, I think of reading as a way to settle and quiet my mind. I hope The Whole Hole Story has the opposite effect on readers. I wrote the story with the opposite intention. I hope the story and illustrations  spark and excite young minds to consider the infinite possibilities of their own imaginations.

In The Whole Hole Story, young Zia discovers a hole in her pocket. She imagines all the things a hole might be, from a swimming hole to an elephant trap, and even a tunnel to the other side of the world. It’s a simple concept that allows room for imagination.

The idea is similar to the kind of “constraint” prompts often used in writing workshops such as, write about two strangers on a bus or write about this particular object for ten minutes —go! The paradox is that rigid constraints incite rather than stifle imagination.

I took several Massive Open Online Courses (MOOCS) through the University of Iowa taught by leaders of their famous Iowa Writers Workshop. (Highly, highly recommend —and they are free.) One class suggested writing a short story in which every sentence contained a number. Some participants created clever lists. Others wrote stories in which the numbers were more or less buried, and might even go unnoticed by an unsuspecting reader.

I’m one of those annoying workshop participants who initially dismissed such “tricks,” convinced they wouldn’t work on me. It was a delight to discover constraints useful for jumpstarting ideas. It occurred to me later that as a staff journalist for a daily newspaper, I routinely wrote with rigid constraints. Facts were a kind of constraint. (Despite opinion of the media to the contrary, most journalists really do rely on facts!) Looming deadlines were a form of time constraint.

I think young children often feel discouraged by a world of which they have little control. I hope Zia prompts them to consider imaginative thinking as an ultimate form of autonomy. 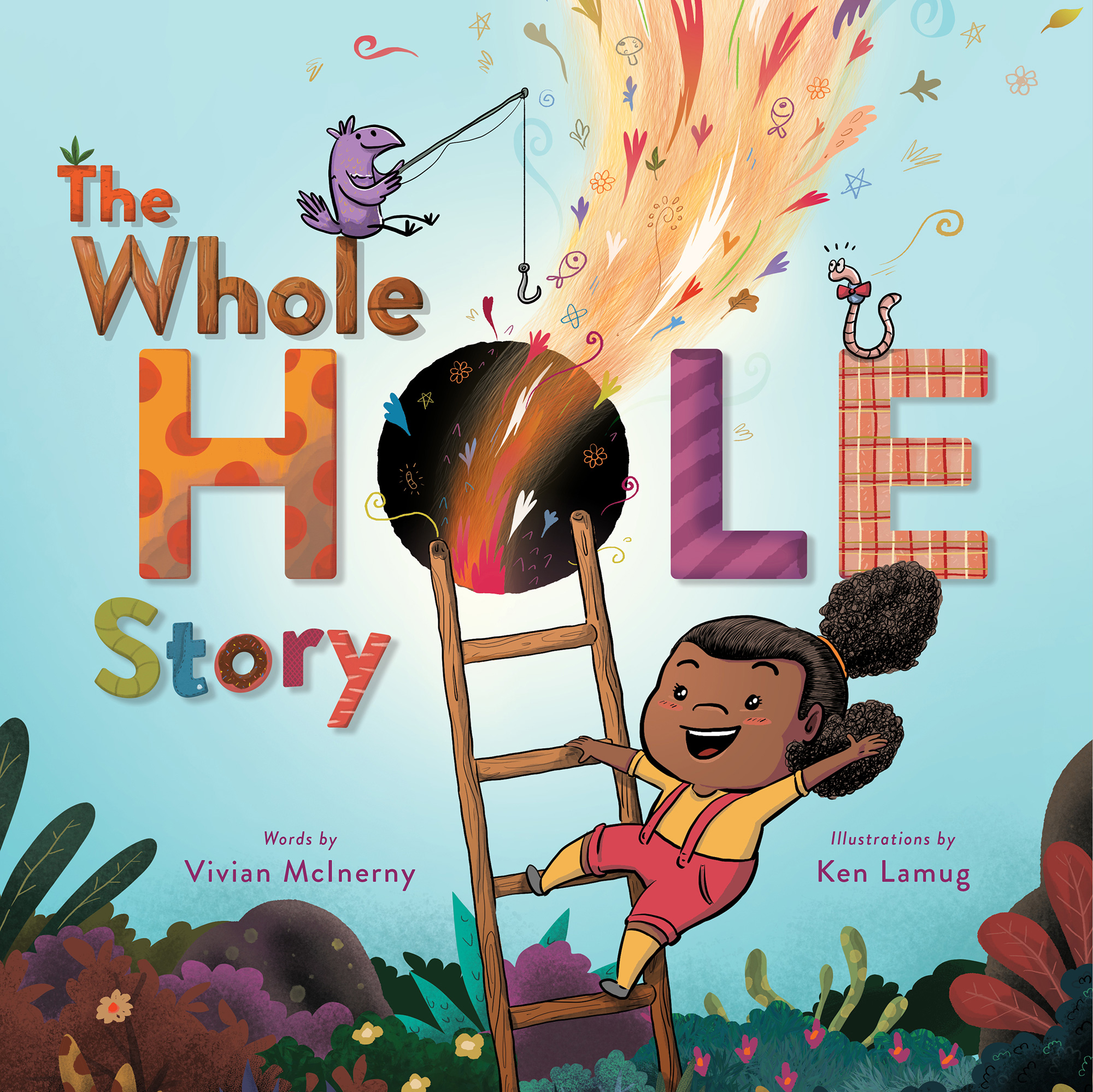 About the Book: In Vivian McInerny’s playful debut, readers will fall in love with wonder again as Zia imagines what might happen if the hole in her pocket became big enough to fall right through. The Whole Hole Story is perfect for readers looking for a fresh take on the classic Harold and the Purple Crayon.

Zia is used to the hole in her pocket—she frequently fills it with frogs and other objects. And as it gets bigger and bigger, she starts to wonder what might happen . . . if she fell right through. Would she cover it with a blanket to catch an elephant, or dig a tunnel to the other side of the world? The possibilities are endless, and readers will love following Zia’s adventurous imagination from beginning to end.

With hilarious wordplay paired with Ken Lamug’s bright and colorful illustrations, The Whole Hole Story will appeal to kids’ divine sense of silliness. Perfect for fans of Du Iz Tak?, and They All Saw a Cat. 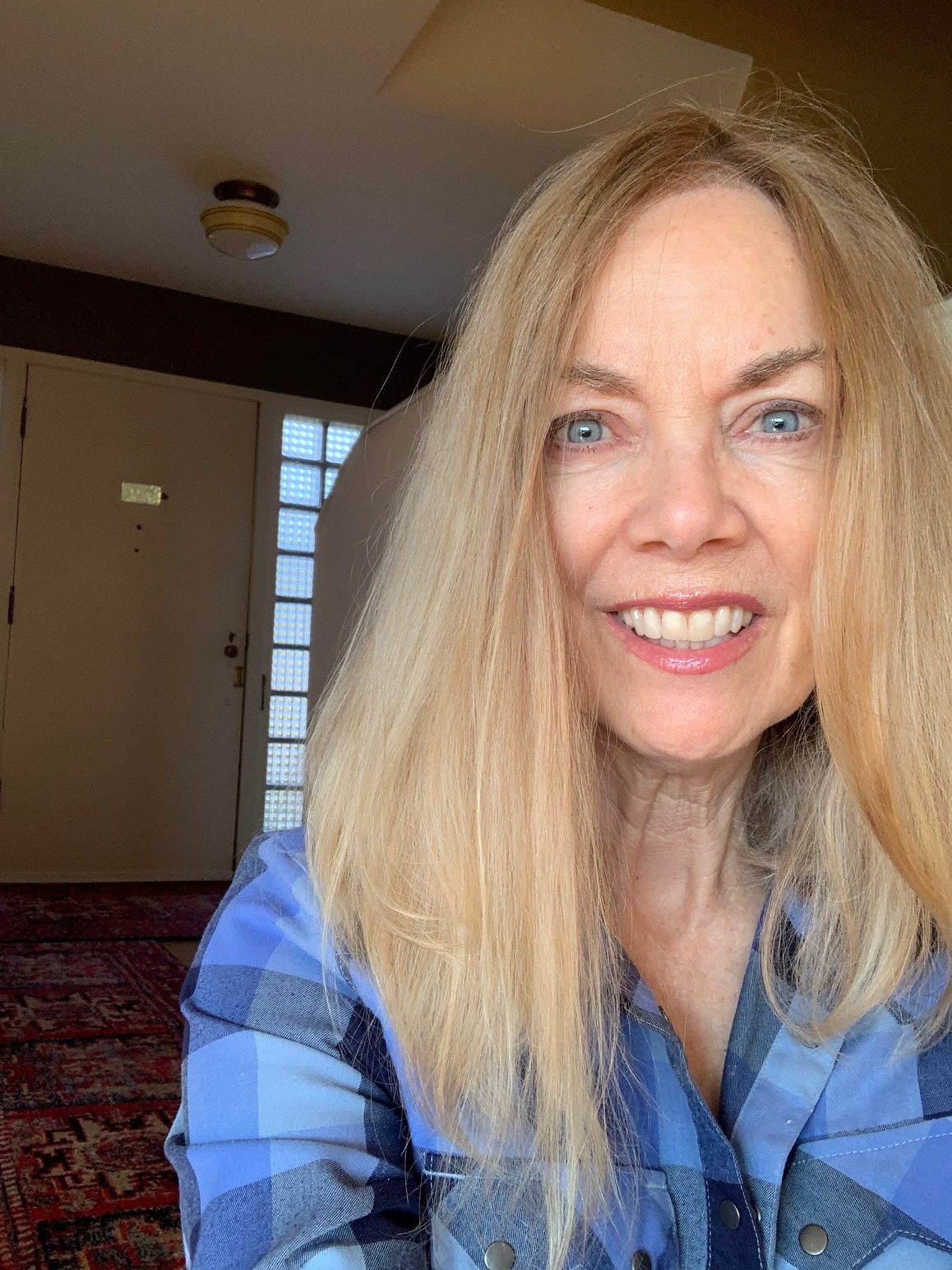 Vivian McInerny is a journalist and fiction writer. Her short stories are published in several literary magazines including 805 Lit+Art, Dunes Review, and Literature for Life. The Whole Hole Story is her first children’s book.  Vivian McInerny Twitter: Facebook  Ello 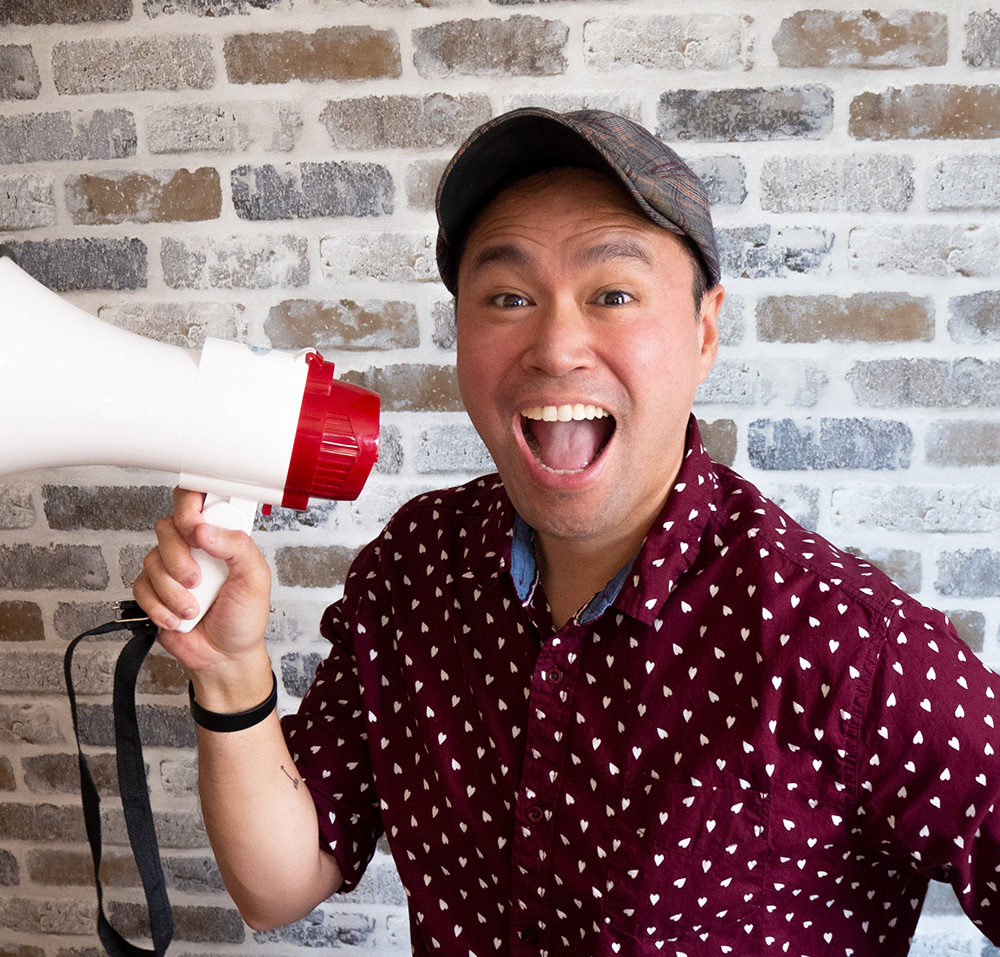 Illustrator Ken Lamug is an award-winning professional dabbler. He was born in the Philippines and moved to the US with his entire family during his teenage years. Currently, he enjoys his life as an author/illustrator of picture books and graphic novels for middle-graders to middle-agers.

In his past life he was a beekeeper, race car driver, filmmaker and chicken herder. He currently lives in Las Vegas (although he doesn’t gamble) where he spends time with his family and two dogs.

Ken is the Illustrator Coordinator for Nevada Chapter of SCBWI (Society of Children’s Book Writers and Illustrators). He also teaches graphic novels for Storyteller’s Academy and a team member of #KidLitGN Pitch event.

Thank you, Vivian, for sharing about the book!