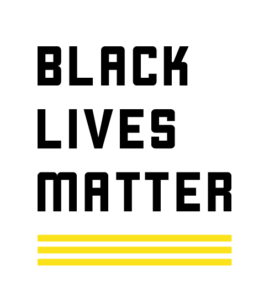 Black Americans: We see you, we hear you, we support you, and we condemn the violent acts against Black Americans that happen too frequently in the United States including the murders most recently of Ahmaud Arbery, George Floyd, David McAtee, Tony McDade, and Breonna Taylor. Black. Lives. Matter.

Racism is a long-standing virus in our country. Because of racism, Black people are brutalized, murdered, and unjustly treated. This virus is not new—it is engrained in our history. And what is happening in our country now (and throughout our time as a nation) is motivated by the White systemic racism that permeates structures and motivations of this country.

So to combat racism, we must be actively anti-racist.

Educate ourselves about the history of racism, race relations, and the act of anti-racism.

Educate ourselves about what IS racist.

Make sure we understand our own implicit biases and White privilege.

It’s time to start doing. Remember: educating ourselves is critical, but it is only the first step. Action must follow.

Share posts from Black activists or organizations that inform about, fight against, and educate on police brutality.

Donate, join, support, and participate in organizations (a few are noted below).

Call your local and state reps and demand change.

Read and share books by BIPOC authors and about BIPOC characters with our students, kids, family, etc.

Educate ourselves about the system we are part of.

Talk about anti-racism. Speak up when others are being racist. Educators, teach about being anti-racist. This is your job–in order to support young people. Just so we are clear, this includes teachers in predominantly White classrooms.

Continue to listen to Black voices, do not stop educating yourself, and focus your learning on anti-racist ACTIONS. White Americans, if you feel exhausted, keep in mind that Black Americans don’t have opportunity to shut off the effects of racism. This is a privilege.

Educators, we must frame everything we do to be anti-racist.

What anti-racist work are you doing?

**Please note: These links have been widely shared on social media, and we curated them here and added many others to give them a concrete place. This is shared work.**