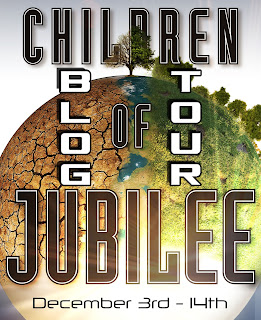 Welcome to the Children of Jubilee Blog Tour!

To celebrate the release of The Children of Jubilee (Children of Exile #3), blogs across the web are featuring exclusive content from author Margaret Peterson Haddix and 10 chances to win the complete trilogy!

When I finished writing my very first series, The Shadow Children, I thought I had discovered the perfect way to explain how it felt to say good-bye to Luke and the other characters I’d watched grow and change over the course of seven books:“It’s like sending kids off to college,” I told anyone who asked. “You know they’re grown up and ready to leave home—they’re ready to say goodbye–but you still miss them.”My actual children were barely out of elementary school at the time, so I was describing an experience I hadn’t had in real life yet—I was only projecting.

Then my real kids grew up and left for college, and I realized I had totally underplayed what a heart-wrenching experience that would be. So at least with finishing a series, I have the comfort of knowing that I’ve already gone through worse heartache, and survived.

But there are similarities: To do our job as parents, my husband and I had to let our kids grow up and become independent and make their own choices. To do my job as a writer, I have to let my characters make their own mistakes and grow and learn and then bring their stories to a close.

And I do miss my characters after I’ve finished writing their stories. This is true with any character I’ve created, but the missing is particularly intense with series characters I’ve spent years imagining and thinking about and living with.

My real kids, of course, have continued to have new experiences and adventures, and they’ve continued to grow and change since the day my husband and I dropped each of them off at their college freshman dorms. (And, happily, they also call and text and come home to visit. And they welcome us when we go to visit them.) It would seem that my fictional characters would stay more fixed in time; once I turn in the last draft of the last book of a series, theoretically my characters have become who they are, and they’re never going to change again.

But fictional characters don’t just belong to an author at a fixed point in time, as she’s writing. They also belong to readers—and to the writer’s continued imagination.

One of the joys of being a writer is hearing from readers who whole-heartedly embrace the characters I love (or love to hate) as friends or enemies, as riddles to be figured out or rivals to be outsmarted. This can be a mixed blessing, because sometimes readers’ strong opinions are nothing like my own, and there are times when I want to huddle protectively over my characters and maybe even cup my hands over their ears so they don’t have to hear harsh criticism.

Other times, readers have amazing insights that make me see my own characters in a new light. Even very young readers have made me understand aspects of my characters’ personalities that I hadn’t noticed. Readers tell me, “I know just how Luke felt when…” or “I can relate to Katherine because…” or “I’m like Ella because…” And sometimes their epiphanies become mine as well.

I was already an adult and at least theoretically all grown up by the time I started writing series books. But even so, life and new experiences continue to change me both as a person and as a writer, so I also change my perspective sometimes on characters I wrote about in the past. Sometimes I want to go back and apologize to the characters in my early books: “Sorry—I wrote your story as well as I was able to back then; I really do wish I could have done it better!” And sometimes my own life experiences make me see how brave my characters were; how glibly I forced them to grow up and take responsibility. Sometimes I want to apologize for that, too.

With the publication this winter of Children of Jubilee—the third and final book in the Children of Exile series—I’m saying goodbye to yet another set of beloved characters: Rosi and Bobo, Edwy and Kiandra and Enu… I’m sure they will be fine, out in the world (or in their case, out in the universe) on their own. 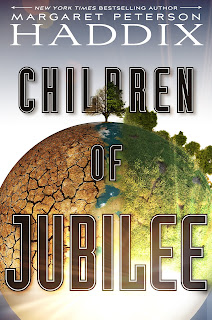 Kiandra has to use her wits and tech-savvy ways to help rescue Edwy, Enu, and the others from the clutches of the Enforcers in the thrilling final novel of the Children of Exile series from New York Times bestselling author, Margaret Peterson Haddix.

Since the Enforcers raided Refuge City, Rosi, Edwy, and the others are captured and forced to work as slave labor on an alien planet, digging up strange pearls. Weak and hungry, none of them are certain they will make it out of this alive.

But Edwy’s tech-savvy sister, Kiandra, has always been the one with all the answers, and so they turn to her. But Kiandra realizes that she can’t find her way out of this one on her own, and they all might need to rely on young Cana and her alien friend if they are going to survive. 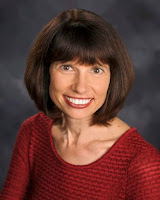 About the Author: Margaret Peterson Haddix is the author of many critically and popularly acclaimed YA and middle grade novels, including the Children of Exile series, The Missing series, the Under Their Skin series, and the Shadow Children series. A graduate of Miami University (of Ohio), she worked for several years as a reporter for The Indianapolis News. She also taught at the Danville (Illinois) Area Community College. She lives with her family in Columbus, Ohio. Visit her at HaddixBooks.com. 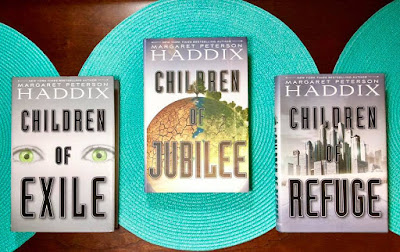