“The Joy of Comic Reprints”

When sharing my comic for kids, The Bug Zapper, at events throughout the year, I’m regularly asked for additional recommendations. Many kids have already devoured Calvin and Hobbes and TinTin – what next?

While there are many awesome new graphic novels for kids out there, I also like to recommend reprints and collections of older classics. Here are some of my favorites: 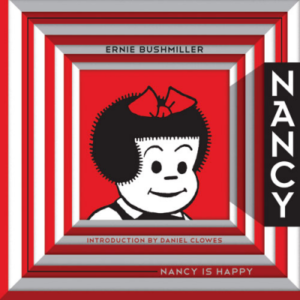 These original strips from Nancy creator Ernie Bushmiller are perfectly executed blasts of fun – often unabashedly cheesy, with bold, clear artwork. While they might seem like they’re for a younger audience, there’s something totally disarming about these that is universally appealing. They are the comic strip’s comic strip – as the Fantagraphics catalog tells us, Nancy strips have literally been used as the dictionary example of comics.

Similarly, the Fantagraphics reprints of early Peanuts are gems. One of my favorites is 1950-52, which reprints some of the earliest Peanuts cartoons. Everyone knows the Peanuts characters as the miniature adults they’d come to be, but in these, Charlie Brown starts out as more mischievous than neurotic, and the humor’s broader than it would end up being in later years. 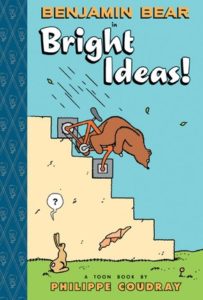 I discovered these at our library while picking books out for my 5-year old, and was hooked. They’re reprints of a sparsely-worded French comic, now published by Toon Books (I’m not sure when they were originally published). As with Nancy, the strips are gag oriented and everything is staged perfectly to build to a clear yet surprising punchline. Perhaps for a bit younger age group than the Calvin and Hobbes crowd, but again, there’s something for everyone here. 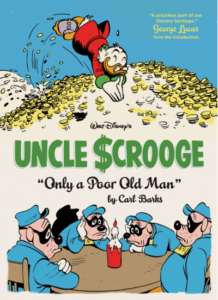 The cartoonist perhaps most synonymous with Uncle Scrooge is Carl Barks, and these reprints of his comic books (again, from Fantagraphics) are amazing. Given lots of creative control, Barks created a world of adventure and humor that would later inspire “Raiders of the Lost Ark” and its own DuckTales franchise. But this is the source. Each has a crazy premise at its heart – for instance, in one, Scrooge fears being shortchanged by Donald, so he sinks millions of quarters underwater just to create demand for a single coin. These outrageous concepts and clear artwork make these books a treat (and introduce basic economic principles, to boot!)

There are many more out there – when I discussed this with friends, they swore by Asterix (which I’m not as familiar with). I’m also personally a big fan of Moomin and Pogo, though I sometimes think they’re more for grown-ups. I’d love to hear more recommendations and what you think. 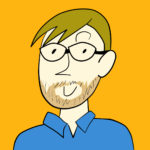 About the Author: I’m a Brooklyn, NY-based animator and professor, with an MFA in Digital Media from Lehman College. Professional animation industry experience includes Cartoon Network’s Sheep In The Big City and Codename: Kids Next Door, as well as Disney’s Little Einsteins.

Freelance projects include music videos for Sufjan Stevens (Put the Lights on the Tree) and the Danielson Famile (Idiot Boksen.) My original short animated films include the award-winning Don’t Smash, starring My Brightest Diamond’s Shara Worden as the voice of the bunny. Don’t Smash has screened in kids film festivals in the U.S. and internationally, and I’ve done Q&A sessions at the Brooklyn Academy of Music. My most recent work is a self-released graphic novel for kids, The Bug Zapper, an animated version of which was selected for the 2016 San Diego Comic Con Film Festival.

I’m an Assistant Professor of Animation at Kingsborough College in Brooklyn. I’ve also taught at Cooper Union and Queens College. Children’s classes have included animation and cartooning classes at the Brooklyn Design Lab in Brooklyn, NY and Creative Summer at the Mead School in Stamford, CT.

For even more of the nitty-gritty, check out my interview with HTML Giant. 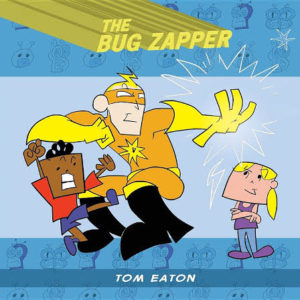 About the Book: The Bug Zapper is a superhero graphic novel for kids ages 6-8. It’s about a town full of bug villains, and the one superhero who must keep them in line. With the help of school reporters Robert and Amber, our hero must contend with Mean Mosquito, Bumblebeezy, and more.

You can check out The Bug Zapper at bugzappercomics.com, and facebook.com/BugZapperComics. It’s available as a print book, or an ebook series with extra animated scenes.

And remember teachers: Comics are reading, too!
Thank you, Tom, for this awesome reminder of these classic and timeless comics 🙂