The writing life is filled with challenges. Early on it might be the need to sell that first story. Later you could be irked that Hollywood picked that actor to play your protagonist.

Today’s focus is the early stage, where stories are being rejected too often, or some of your Amazon reviews mention grammar.

“I can always hire an editor,” you might say, and I would reply, “But you want to be a writer. You build stories with words. You have to know how to use the only tools you have.”

In fiction, when you get one detail wrong, and then another, readers start to doubt you. That undermines your entire job. And when you misuse words, readers start to wonder, “If this writer hasn’t yet spent the time to master basic use of words, how will the writer handle far more difficult stuff, like creating compelling characters and generating a satisfying ending?” Word misuse is a red flag.

What readers want from a story covers a spectrum, but most readers are going to notice, either subliminally, or directly, if you make spelling or grammar errors. I’m not talking about the rare typo, but the actual and consistent misuse of words.

Here are highlights from the list of problems I see most frequently in workshop manuscripts or books published by impatient writers who haven’t yet learned the craft.

Emphasis is typically not indicated with ALL CAPS. Don’t use the comic-book style of multiple exclamation points. (Use ! or ? or whatever’s applicable; avoid ?!, ??, !!, and variations.)

Avoid dialect. Show different speech patterns and word choices in ways that are easier on the reader.
“Aggravate” means to make worse, not to irritate.
“All right” is preferred over “alright.”
“Alot” isn’t correct when you mean to say, “A lot of the…”
“Anxious” isn’t the same as “eager.”
“Awhile” means “for a while.” “For awhile” means “for for a while.”
“Farther” is for distance; “further” is for metaphorical use or to mean “additional.”
“Grey” is the British spelling; “gray” is the U.S. version. Use all US spellings for the US market and all British spellings for the British market. Arbitrarily mixing them makes you look inexperienced or pretentious.
Watch out for misusing “hopefully.” “Hopefully the tree will survive” is wrong unless the tree truly is hopeful.
“It’s” means “it is.” “Its” is possessive.
Look up “lie” and “lay” if all country songs sound grammatically correct to you. Look them up anyway.
If you’re tempted to write “close proximity” look up the meaning of “proximity.”
“Return back” is redundant. Use “return” or “go back” but don’t try to get them both into the sentence.

Almost always, starting a sentence with “so” is superfluous.

Be careful with gerund phrases, e.g. “Dialing the phone, I broke a nail.”  Unless you add a qualifier such as “before” or “after,” “while” is implied at the start of the gerund phrase. (While dialing the phone, I broke a nail.”) If you mentally put in the “while” you’ll probably find it harder to mistakenly complete the sentence with an action that does not happen concurrently. To belabor the point: “Dialing the phone, I asked the store what time they opened,” is wrong because the events are sequential, not concurrent. For sequential actions put “after” at the beginning.

Here’s a good example from Dan Brown’s ANGELS & DEMONS. “After parking the cart on the wide lawn directly behind St. Peter’s Basilica, the guard escorted Langdon and Vittoria up a stone escarpment to a marble plaza off the back of the basilica.” (He uses the old-fashioned–most would say sexist–technique of last name for male and first name for female, but the gerund usage is correct. A less careful writer would have skipped the “after.”)

Use “said” ninety percent of the time, or more, for dialogue (or omit speech tags); using your thesaurus for substitutes just calls attention to the substitute. Write dialogue clear enough that you don’t have to resort to writing things like: “You always get the good ones,” she said enviously.   Don’t use a substitute that doesn’t actually mean “say.”

Some new writers are tempted to skip the basics, or they succumb to the perception that they need to get out lots of books instead of great books, or they make marketing errors like ending a book with a cliffhanger to get people to buy the next.

Some of your potential audience might not give you a second chance. 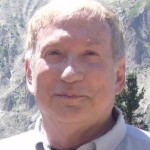 About the Author: John E. Stith is a Nebula Award nominee for Redshift Rendezvous (Ace Books). His backlist is being reissued by ReAnimus Press during 2016 and 2017. Find him at http://www.neverend.com, on Facebook at https://www.facebook.com/john.e.stith, and on Twitter @JohnEStith. 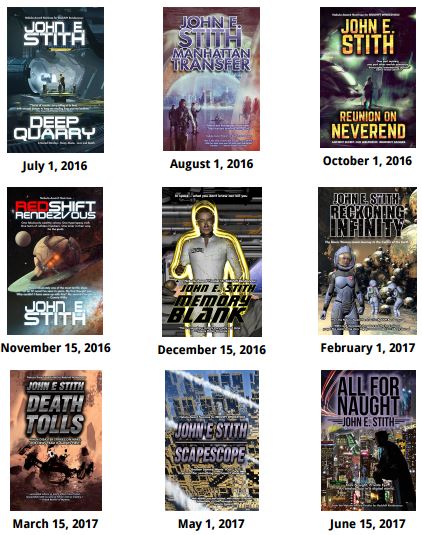 Thank you, John, for this post! We, as English and reading teachers, couldn’t agree with you more.