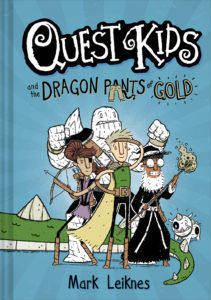 The Quest Kids are ready for their first real quest. This time, they won’t oversleep, they won’t be put off by a little rain, and they won’t accidentally burn down the village that hired them. All they have to do is find the Golden-Fleeced Rage Beast, shave it, and make a really nice golden tracksuit to appease a furious dragon. Simple, right?

Meet the Quest Kids crew: Gil, a wizard (well, wizard in training . . . the beard isn’t his); Terra, a 700-year-old elf kid; Boulder, a rock troll who is more of a cook than a fighter; Ash, a flatulent pig-dog-maybe-lizard hybrid; and, Ned, the intrepid and overly optimistic leader with his own personal quest to find his missing parents. With humor, magic, mystery, and at least one acid swamp filled with skeletal alligators, Quest Kids and the Dragon Pants of Gold is a richly illustrated saga of fantasy friendship for readers from all kingdoms!

Praise: “Young readers dipping their toes into fantasy realms will find plenty to enjoy here….The illustrations bounce along as quickly as the text, making this a bubbly read, one that quickly grabs attention and doesn’t require much hand-holding…. A rip-roaring good time.” — Kirkus Reviews

About the Author: Mark Leiknes lives in St. Paul, Minnesota, with his wife and three kids. He produced a nationally syndicated comic strip (Cow & Boy) for eight years and now he writes and illustrates books for kids. Mark studied graphic design in college and honed his comedic chops studying improv and sketch comedy at the acclaimed Groundlings School. Visit him online at markleiknes.com.

Review: This book is perfect for readers of highly illustrated novels, like Diary of a Wimpy Kid and Dork Diaries, that want to move into a more fantasy book but keep the illustrations and the humor. The book has parts that will make the reader laugh out loud but also is filled with magic, an epic quest, and likeable characters. It is a wonderful addition to middle grade classroom, school, and public libraries!

Teachers’ Tools for Navigation: Quest Kids follows a hero’s journey, albeit in a ridiculously silly way, so it would be a great introduction to this concept because the book is so engaging to its readers. 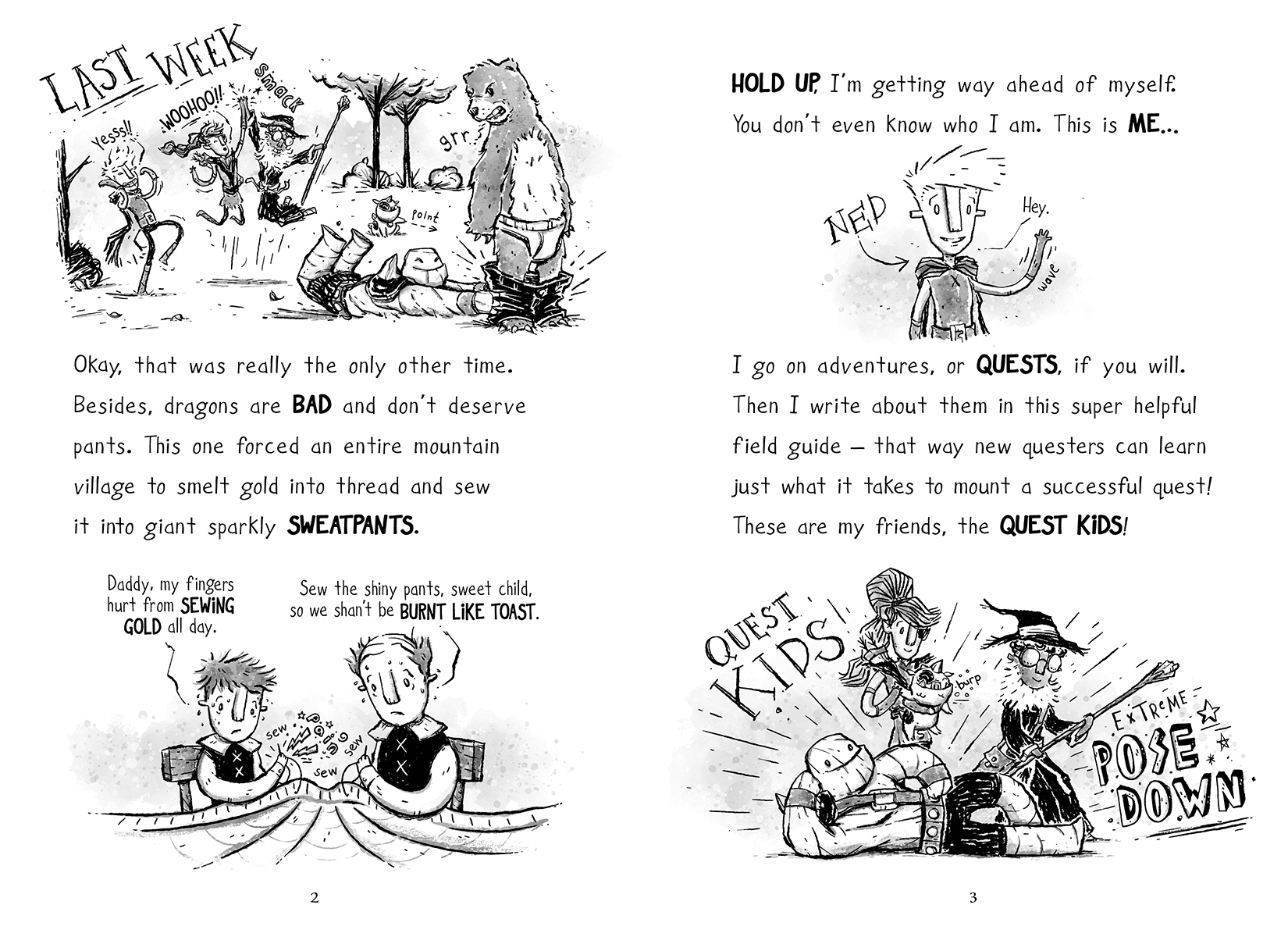 Read This If You Love: Highly illustrated novels but want to read some more fantasy and keep the humor1

**Thank you to Union Square for providing a copy for review!**