If any of you teach middle school you often hear, “Oh, I’m sorry!” or something like that when you tell someone what you do. After this, I have often reflect on why I love teaching middle school and I think that this post shows many of the reasons why. These years are molding years and although our students may not visit us often or thank us when they are adults, but we are a major part of their growth and have a larger impact than we even realize.
Although I thought that I didn’t remember much of middle school, I began to realize how much of my current self was molded during that time- specifically 1994. I’ll be honest, I don’t remember most of my teacher’s names* or many of my friends** or boyfriends***, but it obviously left an impact on me. I decided to write this post after a student asked me if everything happened in middle school because all of my stories start with, “When I was in middle school…” At first I told them it was just because I teach middle school, but after thinking I began to realize that it was more than that.

First, let’s see who we are talking about: 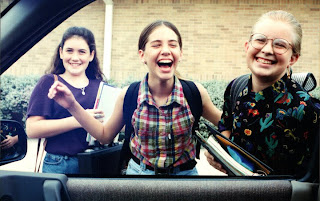 My friend Joanie, Allison, and myself on the first day of 7th grade 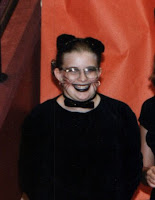 In Ms. Paulsen’s 7th grade language arts class, we were assigned to learn vocabulary through Norman Lewis’s Instant Word Power and suddenly in Session 6 we were introduced to words I will never forget- SESQUIPEDALIAN and SESQUIPEDALIANISM. I thought that they were awesome and hilarious words! If you don’t know what they mean, sesquipedalian actually means 1 and 1/2 feet long. Starting in the 17th century it was changed to mean “a long word” or “a person who is known for using long words”.  This word keeps on popping into my life and I love it every time (including when I used Tom Chapin’s song Great Big Words to practice context clues with my students). Today, while prepping for this post, I found my Instant Word Power book and actually laughed out loud when I saw the practice sentence in my 7th grade textbook: “Attitudinal readjustment is a sesquipedalian term for the cocktail hour. (You can never say it after three drinks.)” Ha! Maybe that sentence is why I never forgot it.
Second Piece of Evidence- My Favorite Book

I. Love. This. Book. It is almost hard for me to write about it because it is hard to vocalize how it impacted me when I read it. I think 11 years of age is such an influential age and that is when I read The Giver for the first time. I remember being shocked by the injustices within the book, specifically the lack of books, color, artwork and choices. As a middle schooler, I was so disgusted by Jonas’s society and so impressed by the choices that Jonas makes within the book. It is because of this impression that it has always stuck with me. I frequently forget characters and books and plots, but this one has never left me and I have reread it many times now (which is a rare thing for me). On top of it all, I liked that Lois Lowry made the reader part of her story. The ending, though controversial, is what made me love it even more. It was my decision what happened to Jonas (though it has now been answered in the companions) and as a pre-teen that meant a lot to me.
Third Piece of Evidence- My Favorite Type of Music
I remember April 9, 1994. It was a big day in the world of music and if you were in my middle school you would think that the messiah himself had passed away which to us was exactly how it felt. Sixth grade was about the time where I switched from listening to my parent’s music and pop music to alternative music such as Silverchair, Nirvana, Pearl Jam and later Green Day and Nine Inch Nails. I think that although April 9, 1994 was definitely a tragedy, music lost a brilliant musician in Kurt Cobain that week, it was also one of the reasons why I immersed myself in that type of music. It was definitely an ingredient of who I’ve become.
Fourth Piece of Evidence- Cello

When I lived in Iowa and in 3rd grade we were allowed to pick an instrument to begin playing in 4th grade. The middle school came to the elementary school and the band and orchestra played. I remember looking over the balcony and seeing the cello and I knew that it was the instrument that I was going to choose. Then we moved and it wasn’t until 6th grade that I was able to get my hands on one and this choice changed the trajectory of my life sending me to a music school of choice which led me to playing cello for over 10 years.
Fifth+ Piece of Evidence- Things I still love and have molded me into who I am: Baseball, Girl Scouts, Working With Kids 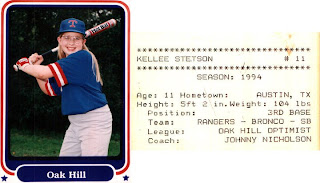 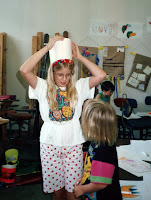 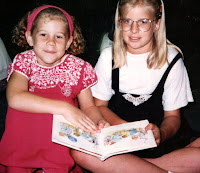 You may be asking: “Why did Kellee put this reflection on the blog? It is supposed to be about books and teaching.” Though this post may just seem like a way for me to reminisce about middle school, it is actually for a way for me to share how important these such touchy years are in the maturing of our students. So much of what I found during these years has helped me become who I am. We have to help our students during these times find who they are.

*Except Ms. Spalding who was my 6th grade language arts teacher. I really disliked her class when I had her, but afterwards I found myself visiting her and helping her all of the time. I think she was the first teacher to show me tough love and I ended up appreciating it. I’ll never forget reading A Wrinkle in Time in her class and detesting it. I also researched Nefertiti and did a gallery walk presentation about her. Though I don’t remember the name of all of the teachers, there are aspects of many classes I remember and I think that the amazing middle school I went to helped me love learning.
**I feel the worst about this. I had wonderful friends during middle school. I do remember Allison Gandy, my best friend who I will never forget spending time with. She has since gotten married and contacted me once and now I can’t find her 🙁 I also remember a boy named Trey because he tragically passed away and a couple of other girls, but I know that I had a good amount of friends and I wish I could get in contact with them and see what they are up to.
***I will never forget my first real boyfriend, David Haney, and to be honest I thought he was my only boyfriend from middle school until I found a book from 7th grade that says “I <3 Justin” and “J.J. + K.S.” so who knows how my memories have been changed.

4 thoughts on “Why Middle School?”