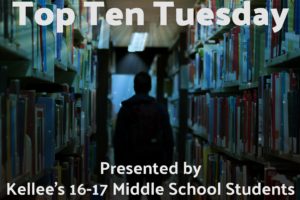 Today’s Topic: Ten Characters We Would Be Friends With

1. Eli from Masterminds by Gordon Korman

Because both of us are computer nerds

Because I love dogs.

He would give me many laughs.

I would be interested in his work and volunteer for MI6 but not in the dangerous missions.

We would have a good time in his flying machine and playing a lot of jokes.

1. Greg from Diary of a Wimpy Kid by Jeff Kinney

Because he is funny.

2. Oliver from Poptropica by

3. Freak from Freak the Mighty by Rodman Philbrick

Because he’s a hero.

5. HiLo from HiLo by Judd Winick

Because he has superpowers.

Today’s Topic: Ten Characters We Would Be Friends With

1. HiLo from Hilo by Judd Winick

HiLo seems like a cool friend, and I like going on adventures, and HiLo goes to random places a lot.

I would like to be Teenboat’s friend because we could go anywhere we wanted to over sea and lust chill. He seems like a cool person.

3. Bird from Bird and Squirrel by James Burks

Bird is very funny and interesting, so I would love to be his friend. He also is adventurous yet cautious.

Nate does a lot of cool stuff, and it must be fun and interesting to be his friend.

5. Gator from Gabby and Gator by James Burks

Gator seems chill, and I love how he protects Gabby from bullies. He could help our school (or any school) with bullying. 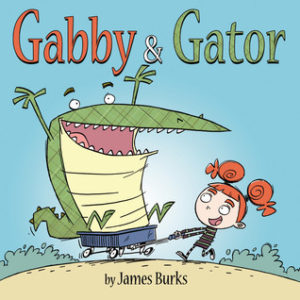 Because he has superpowers and could fly me around town.

Mal could invent cool things for me and do my homework. (And I could play fetch with Chad.)

Dog Man could protect me and play with me, and we could fight crime together.

4. Greg Heffley from Diary of a Wimpy Kid by Jeff Kinney

Greg and I could play video games together, and we could go to school and beat the bullies.

1 thought on “Top Ten Tuesday: Twenty Characters We Would Be Friends With from Varun & Yassine, 6th Grade, and Tyler & Pedro, 8th Grade”