One of the hardest things about writing is getting started, and two of the most common obstacles are overwhelm and fear. The subject of my new biography, Fannie Sellins, showed me how to work through both.

Beginning writers, students of all levels and even best-selling authors sometimes face overwhelm and fear, feelings that can cause you to procrastinate, or tighten you up, make you hold back and keep you from doing your best writing.

It’s tempting when beset by overwhelm or fear to tell yourself to man up, or put on your big girl panties and charge ahead as these emotions are irrelevant. If this works for you, go ahead and stop reading here, because I believe these feelings are part of the creative process, and working through them gives you the courage to do powerful work.

Fannie Never Flinched: The Story of One Woman’s Courage in the Struggle for American Labor Union Rights tells of a garment worker at the height of the Industrial Revolution, who left her sewing machine to inspire and organize workers to stand up and demand just wages and humane treatment.

Fannie was so good, she frightened the powerful men who ran coal and steel companies. They threatened her life, told her to leave town. And when she stayed and kept encouraging men to strike, they shot her dead.

If Fannie could find that kind of courage, I told myself, surely, I can find the courage to put words on a blank page.

Still, Fannie got up every day, went out and talked to workers, convinced them they deserved better, inspired them to take a chance, join the union. Often, it was the wives she encouraged, who in turn emboldened their husbands. A father had a hard time walking off the job, if his children were hungry. Fannie started a strike with social work, soliciting money, seeing to the basic needs of families.

In my research I never found anything Fannie said about how she coped with overwhelm. But looking at her actions, it seems to me that she maintained a double-focused vision. She kept one eye like a laser on the close-up, seeing what was right in front of her and dealing with it. At the same time, she never lost sight of the larger picture, her belief in the dignity of workers and the justice they deserved.

This strategy cuts through overwhelm when I see a sprawl of research, a mess of unconnected ideas, or when a project feels impossible to finish. Grounded in my larger goal, I can pick one small place to start, write one sentence, or choose one task. Keeping a double focus, I can let go of most of the work and tackle one thing at a time.

But even with a solid plan and the best of intentions, fear can rush in, cloud your focus and stop you from doing even one small thing. What I learned from Fannie Sellins, is to look at fear straight on. Fannie admitted that the first time she first stood at a podium to speak to a large crowd, she was scared.

But during her first strike, Fannie traveled around the country speaking for two years, telling people about the garment workers plight, raising funds and urging a boycott of suits and pants sewed in sweatshop conditions. She became a charismatic speaker, gaining enough support for the strikers to hold out for two years until their demands were met.

Fannie explained that she overcame her fear before speaking by remembering the faces of the women she had worked with in the factory. Fannie used compassion to motivate herself to move out of her comfort zone. She used love to deflate fear.

I knew last week that I needed to get going on a revision of my current manuscript. But every time I thought about it, I felt this clutch in my stomach. And when I sat at the computer I got a slighter version of that feeling in my chest when somebody runs a red light and barely misses crashing into me at full speed.

Now that I’ve been writing for a couple decades, I know those emotions are normal. If I didn’t care about my writing, if I wasn’t risking anything, if I didn’t believe my words would be important, there’d be nothing to fear. So, I follow Fannie’s example and choose to have compassion, for the girls in the factory and for myself at the keyboard.

I put my hand on my heart, and I tell myself there’s nothing wrong with being afraid.

I look at my fear straight on, honor that the feeling is real, and ask myself what am I afraid of? Here are some of the bugaboos I discover. I’m afraid I’m not a good enough writer. I’m afraid I’ll disappoint myself. I’m afraid it will be too hard. I see that basically I’m afraid I’ll fail. With compassion I remind myself, it’s okay to be afraid because it’s true. I might fail.

And now, the decision I need to make is clear. Would failing be so bad that I dare not risk it?

Would failing to make progress on this one revision of this one manuscript, on this one particular day mean I’m a total failure? If so, I should probably deal with some other s#%t first, figure out how to have some compassion for myself.

But if I can find enough compassion for myself to live with this kind if failure, why not take a stab at it? And that’s what I usually do, and it’s usually not as hard as I think it will be once I get started.

Finding compassion and facing fear straight on allows the rational brain to evaluate the risks of failure more accurately. Having a double focus, an eye on both the long term vision and one next step allows everything in-between to drop away and reduces the overwhelming magnitude of the work to be done. For further inspiration in writing and life, read more about Fannie Sellins in Fannie Never Flinched. 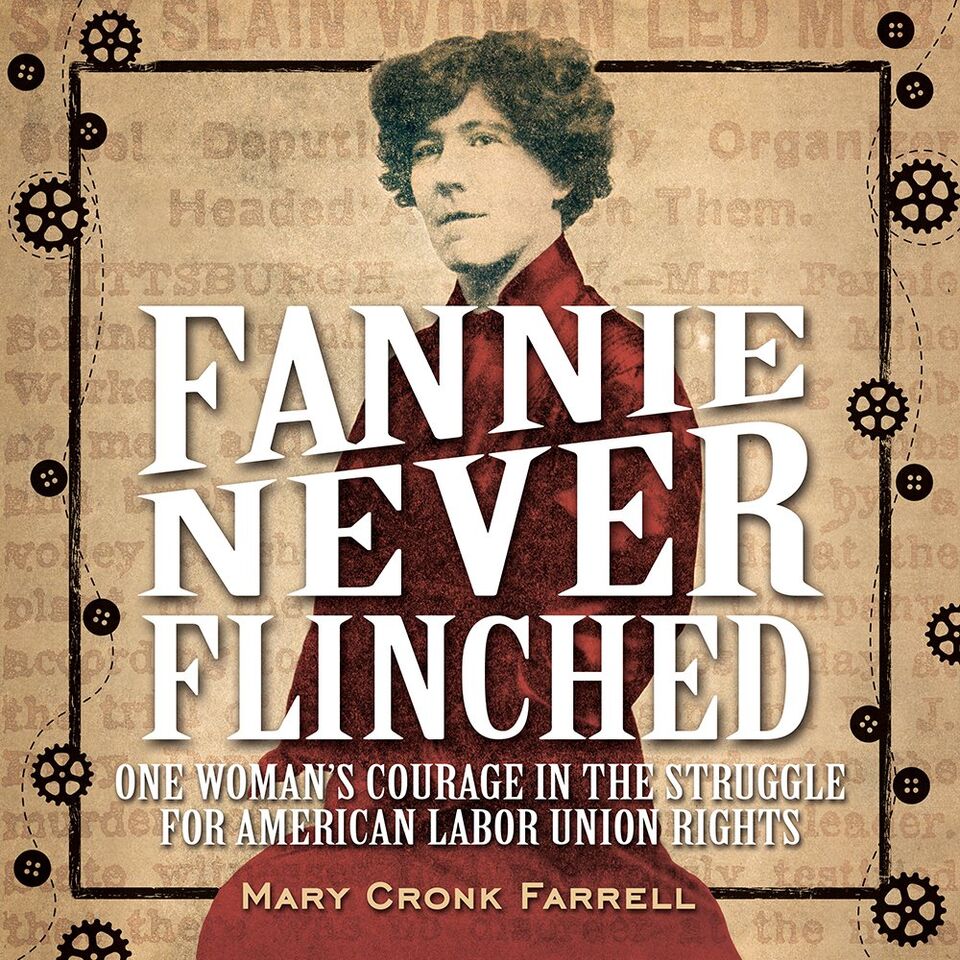 About the Book: Fannie Sellins (1872–1919) lived during the Gilded Age of American Industrialization, when the Carnegies and Morgans wore jewels while their laborers wore rags. Fannie dreamed that America could achieve its ideals of equality and justice for all, and she sacrificed her life to help that dream come true. Fannie became a union activist, helping to create St. Louis, Missouri, Local 67 of the United Garment Workers of America. She traveled the nation and eventually gave her life, calling for fair wages and decent working and living conditions for workers in both the garment and mining industries. Her accomplishments live on today. This book includes an index, glossary, a timeline of unions in the United States, and endnotes.

About the Author: Mary Cronk Farrell is an award-winning author of five books for young people and former television journalist with a passion for stories about women facing great adversity with courage. She researches little known stories form history and relates them with engaging and powerful language in her books, multi-media presentations and workshops. Farrell has appeared on TB and radio across the nation. She speaks to women’s groups, civic groups, and at museums, schools and libraries.

Thank you for inspiring us, Mary!!