“How History Revealed the Environmental Story Behind D is for Dudley”

As a nature writer I have always been interested in the outdoors and in how people use the resources found there.  So it was no different when I became fascinated by sea turtles.  Originally, I thought it would be a good story to discuss how different locations handle their nature areas (i.e., states like Massachusetts and Florida have robust programs to protect sea turtles and the beaches that have become their habitat).  Then I realized it would be a better story to tell how the use of a land area has changed over time.  The land area in question in the story, D is for Dudley, is Maryland’s Eastern Shore.  Currently, it is an area the has a lot of small towns and farms that use modern agriculture techniques.  But I wondered, How has this area changed in the last 150 years?  So in the story the main characters, Valerie and Doug, obtain their great grandfather’s diary, which reveals what Tilghman Cove was like a long time ago.  This post will disclose the techniques that I used to unlock that secret.

At one time every area of the country was pristine with untouched landscapes and wild animals roaming everywhere.  So I decided to first do research at the local libraries in Easton and Salisbury, Maryland.  There I found books retained in special collections that documented the exploits of early explorers.  Captain John Smith, the English explorer, was the first European to sail in the Chesapeake Bay.  I read his narratives of the areas he explored to get a baseline assessment.  Then I looked at how the agriculture industry has changed on the Eastern Shore.  Now the main crops are corn and soybeans, but 150 years ago the main crops were wheat and tobacco.  In my story I decided to have an entry in the great grandfather’s diary about how he rolled tobacco bales from his farm to the tributary of the Chesapeake Bay to be picked up by a larger ship.  This research technique also disclosed several facts I could not use (i.e. wheat milled on the Eastern Shore was transported to Valley Forge to help feed George Washington’s troops during the Revolutionary War.).

My second research technique was to look at how current events repeat themselves and thus, effect the environment.  For instance, floods are generally regarded as bad.  But flood  waters carry silt that replenish areas used to farm crops.  In my research of current events, I discovered that about once every five years, a stray manatee from Florida will swim up the East Coast and then the Chesapeake Bay.  When the weather turns cold, the manatee will swim back south.  So I figured that if a stray manatee can do that now when there is a lot of coastal pollution, then what was it like 150 years ago.  So I put a scene in the story about manatees.

Third, no story is realistic without accurate descriptions.  To obtain this I visited several untouched nature areas.  In Maryland, I spent time at visiting the Pocomoke River, which is a tributary of the Chesapeake Bay.  This area is largely protected and has wetlands and forests along the river which are virtually similar to the landscape that Captain John Smith explored.  I also visited  Blue Spring Park in Florida to get a close-up look at manatees.

Finally, I took a look at how people talked about their environment 150 years ago.  For example, the term “wetland” is a modern term.  Back then people would talk about marshes and swamps.  I also looked at their use of dialect.  This research can be done by reading old letters from early  settlers or by listening to the old letters read in documentaries (i.e., programs about the Civil War and other historical events).  Then as a final step, I completed a lexicon of the language and terms used back then.

So these four steps (book research, current event research, field trips, and looking at the use of language) can unlock the historical story behind any developed area. 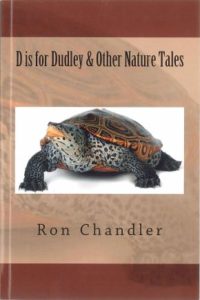 About the Book: This middle grade reader will raise environmental awareness. The title story is about a brother and sister relying on their wits to try to save the largest terrapin in Tilghman Cove from being hunted by fishermen. The book contains ten other short stories about boys trying to find courage or understand the outdoors and girls struggling to realize their dreams. 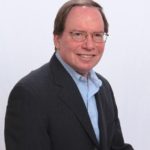 About the Author: Ron Chandler is a freelance writer from Baltimore, Maryland. His short stories and poems have been published in over 30 literary magazines including The Binnacle – University of Maine at Machias, Blueline – SUNY Potsdam, Capper’s, Pink Chameleon, Storyteller, and Toasted Cheese.

Thank you to Ron for this key to research!