“A Recipe for Storytelling: Take One Real Life, Add a Spoonful of Fantasy, and Stir”

Late last summer, after I’d turned in the manuscript for the third Blood Guard book, The Blazing Bridge, I mentioned to a longtime friend that I’d finished the trilogy. “That’s great!” she chirped; “now you can write a real book.”

“Excuse me?” I replied and made a face like this 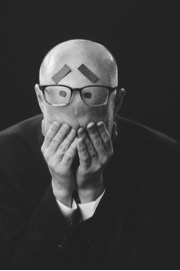 She explained. To her mind, fantasy adventure for middle-grade graders is mere “escapist literature,” and it doesn’t count as real—not like stories about normal people. “You had a rough childhood,” she said. “Why not write about that?”

But as far as I was concerned, I was already writing about my childhood. Only in disguise. Because even though fantasy literature on its surface is about another world, at root it is always about this one—the world we live in. Otherwise the stories would have no hold on us at all.

Not to get maudlin, but when I was growing up, my family—like many families—fell apart. There was never enough money; my older brothers were always getting into trouble; my dad turned out to be a not-so-good guy; and my parents divorced—which forced my mom to move us kids around from one home to another to another as she tried to find us an affordable and safe place in the world.

In a very different form, that material made its way into the Blood Guard books. A feud between two parents. A discovery that a father is someone other than who his children thought him to be. A constant need to uproot one’s life and relocate. All of these things were drawn from actual life, but transformed into backstory for an action adventure tale. Why? Because these novels were for the twelve-year-old me as much as anyone, and that kid liked his stories to move. The magic, the action, the jokes—those are the spoonfuls of sugar that make the medicine go down. (The “medicine” in this case being the ugly truth that my dad was, in fact, a very bad guy.) 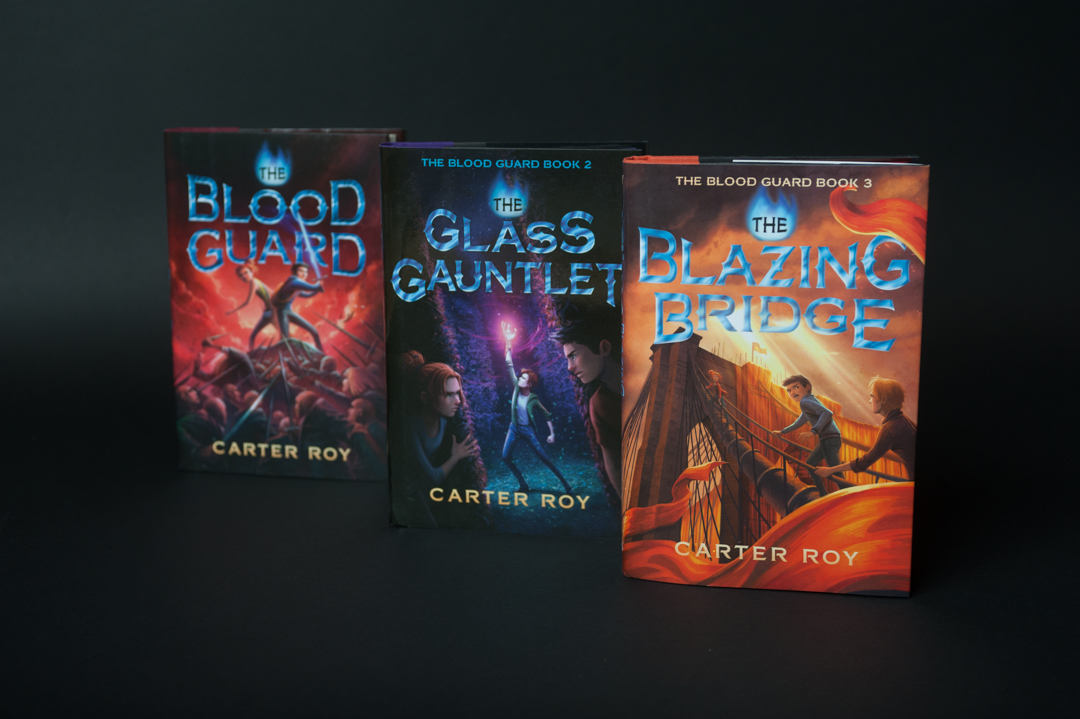 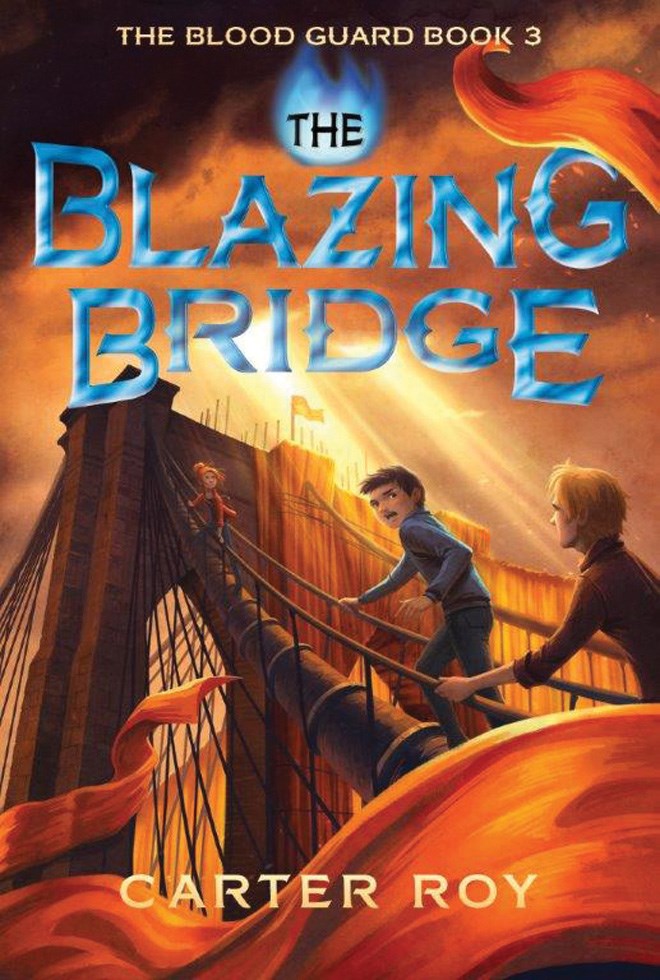 About the Book: Ronan Truelove’s best friend, scrappy smart aleck Greta Sustermann, has no idea that she is one of the thirty-six Pure souls crucial to the safety of the world. But Ronan’s evil father has figured it out—and he’s leading the Bend Sinister straight to Greta. If they capture her, she’ll suffer a fate far worse than mere death. But to get to Greta, they’re going to have to go through Ronan first.

Standing with Ronan are plucky hacker Sammy; witty, unkillable Jack Dawkins; and a sharp-tongued woman named Diz, who drives a dangerously souped-up taxi. One breathless close call after another leads to an ugly showdown: Ronan alone against his father, with the fate of Greta, his friends, and the entire world hanging in the balance. Will Ronan be able to rise up and prove once and for all that he has what it takes to join the Blood Guard?
By turns heart-stopping and hilarious, The Blazing Bridge brings the Blood Guard trilogy to a surprising, clever, and altogether thrilling conclusion.

About the Author: Carter Roy has painted houses and worked on construction sites, waited tables and driven delivery trucks, been a stagehand for rock bands and a videographer on a cruise ship, and worked as a line cook in a kitchen, a projectionist in a movie theater, and a rhetoric teacher at a university. He has been a reference librarian and a bookseller, edited hundreds of books for major publishers, and written award-winning short stories that have appeared in a half-dozen journals and anthologies. His first two books were The Blood Guard and The Glass Gauntlet. He lives with his wife and daughter in New York City and can be found at www.carterroybooks.com or on Twitter @CarterRoyBooks.

Thank you, Carter for this inspirational post! And thank you, Barbara from Blue Slip Media, for connecting us with Carter!

1 thought on “Author Guest Post and Giveaway: “A Recipe for Storytelling: Take One Real Life, Add a Spoonful of Fantasy, and Stir” by Carter Roy, Author of The Blazing Bridge, the third book in the The Blood Guard series”